Norwich City showed their fighting spirit yet again to draw 2-2 at Bristol City and stretch their unbeaten run to 10 games.

Daniel Farke’s high-flying Norwich City took the lead 39th minute, as Marco Stiepermann collected Teemu Pukki’s lay-off and curled a delightful effort into the bottom-left corner from the edge of the box.

Bristol City hit back through Famara Diedhiou right at the stroke of half time. The hosts took a 2-1 lead through Callum O’Dowda, who lashed a powerful strike in off the underside of the bar to completely change the course of the game.

But Norwich never gave up and equalised through Max Aarons’ header 12 minutes from time. But the Canaries must thank their goalkeeper Tim Krul as he was the crucial man for much of the first half, making two excellent saves to keep out Jamie Paterson and Josh Brownhill’s long-range efforts when the game was goalless.

Farke’s side looked dangerous on the counter-attack, with Teemu Pukki going clean through on goal in the 25th minute but seeing his low drive saved by Finland teammate Niki Maenpaa. After Krul made two fantastic saves, Norwich broke the deadlock through Stiepermann. 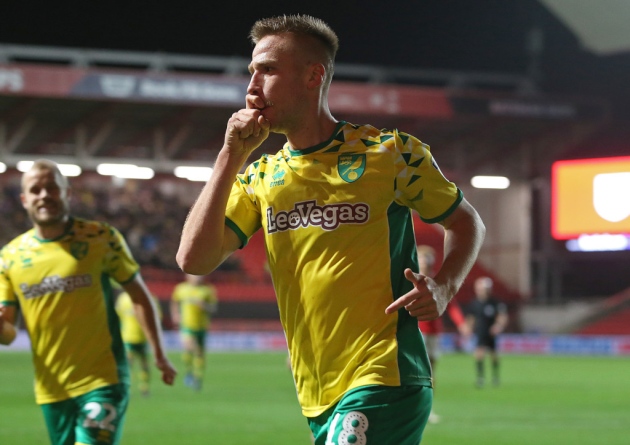 Zimmermann picked out Pukki with a long ball behind the Bristol defence and the Finnish forward teed up Stiepermann, who curled a fine left-footed effort around Maenpaa and into the bottom-left corner. But Norwich’s lead didn’t last for long as Diedhiou powered a low shot from 15 yards which deflected off Zimmermann and beyond Krul’s grateful gloves.

The Canaries had a glorious chance to reclaim the lead just a few minutes after half time when Emi Buendia nodded the ball down to Pukki on the edge of the box, only for the Bristol goalkeeper to smartly get down and hold the low shot.

Bristol delivered a sucker punch when they took a 2-1 lead through Callum O’Dowda. Bristol’s second goal saw Farke throwing on Jordan Rhodes and Onel Hernandez and switching to a 3-5-2 formation. And the move paid off it immediately as Aarons nodded in at the back post following a brilliant Onel Hernandez cross.

Despite the equaliser, Norwich were not satisfied and pushed for the late winner. They came closest through Grant Hanley in the injury-time, but his effort was held by Maenpaa as the Canaries dropped two vital points on the road.

Despite dropping points at Bristol and losing top spot to Leeds United, some Norwich fans remained upbeat. Here’s how they reacted on Twitter.

Off the pace most of game today so very good to come away with a point. Tetty very lucky not to see red. I’d like to see Leitner & Hernandez start next week. #ncfc #otbc

Definitely take a point from that match. Well done, lads. Onwards and upwards.

Still lots of positives to take from that game. Some of our passing moves are just sublime and we are so comfortable going through the middle rather than relying on crossing in from the wings of past seasons. #ncfc

Not our best tonight, but another point gained #ncfc

A gentle reminder we won’t have EVERYTHING go our way this season, tired legs out there and what was our passing all about 1st half. #NCFC

🙌🙌🙌 to Daniel Farke again. Tactical changes making a difference and getting something from a game where we didn’t play well enough #NCFC

Great point on a day we didn’t play well. Maybe the day the injuries finally caught up with us. Well done boys #ncfc

Good point in Bristol. Krul haters got anything to say this evening? Two unbelievable saves. Stop the complaining and focus on the positives #ncfc

If you’re not at your best, don’t lose. Still pushed for the win. We roll on #ncfc

Not at the level we’ve been at recently, but got to happy with a point. 10 unbeaten, still on a roll #ncfc