Arsenal stars Jack Wilshere and Alex Oxlade-Chamberlain along with Everton youngster Ross Barkley, Liverpool stars Sterling, Sturridge, United’s Wayne Rooney were involved in the promotional activities by Nike as it released the new England home and away kits that will be used during the World Cup in Brazil. The English stars will don the new home kit in a friendly against Peru at Wembley on May 30.

As you would expect, the home kits are a classic all-white design, while the away kit comes with a red top and white shorts.

“Two references really stood out during the design process for the home kit – that stunning all-white kit England wore in Mexico in 1970 and the idea of the armour of English Knights,” said Lotti.

“You can see subtle references to the armour in the pinstripe, which carries a hint of shine, and in the white satin tape on the shoulders. We wanted to add some small detail that echoed the glow of the armour worn by St. George,”  added Lotti.

Here are some pictures of the latest home and away kits. (Courtesy of Nike) 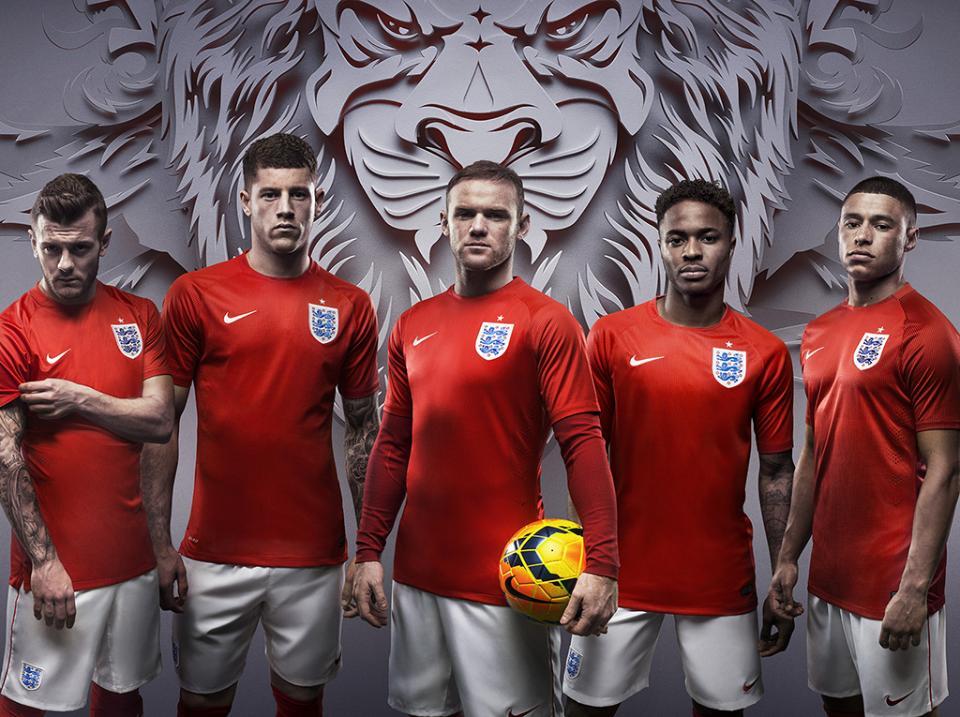 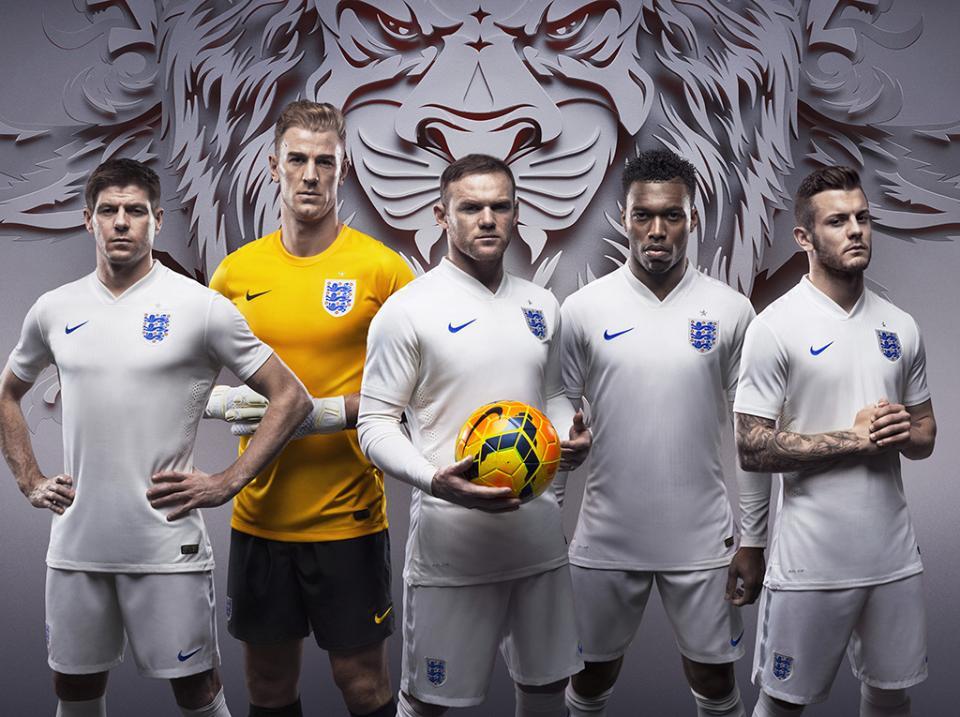