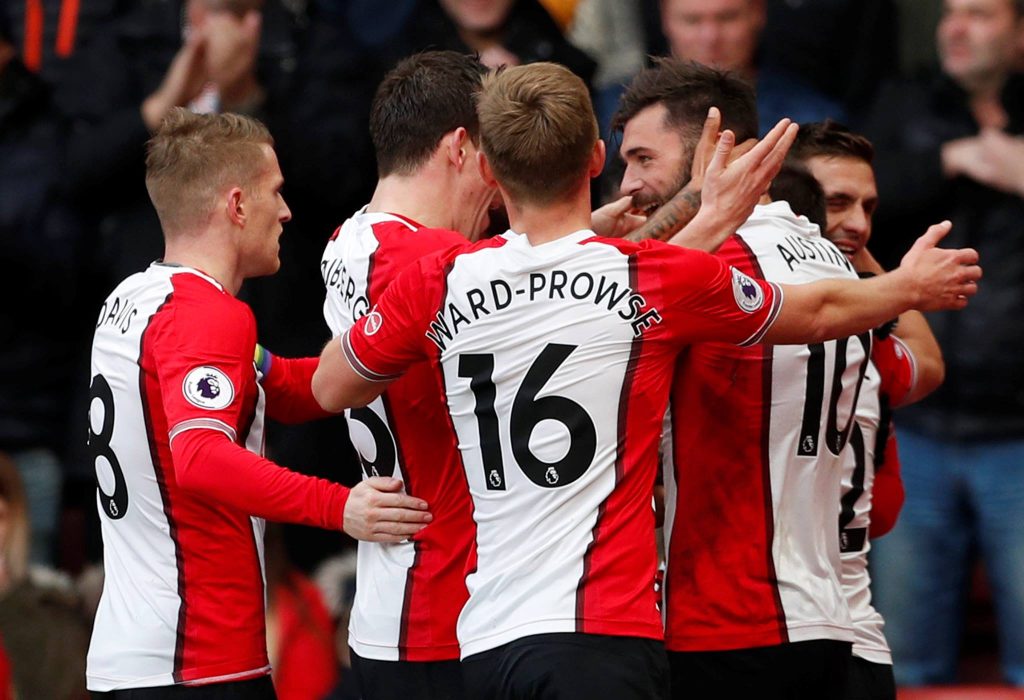 Predicted Southampton Lineup To Face Tottenham In The Premier League

An 8th-placed league finish along with League Cup final progression was not good enough for Claude Puel to retain his managerial job at Southampton as the Frenchman was replaced by Mauricio Pellegrino at the inception of the 2017-18 campaign.

Things, however, have not worked out for the former Alaves boss so far as the Saints are currently only one point above the drop zone, registering only one win in last 11 outings across all competitions. That win came against Championship side Fulham in the FA Cup third round tie and the pressure will be immense on the Southampton boss ahead of their home outing against high-flying Tottenham Hotspur at St. Mary’s.

The Hampshire outfit already suffered a disastrous 5-2 Wembley defeat against Sunday’s opponents and have a difficult task ahead in the reverse fixture as well.

The Saints have a couple of significant injury absentees as hitman Charlie Austin is ruled out with a thigh injury whereas centre-back Maya Yoshida is facing a race against time to be fit for the tie following a hamstring strain. Young attacker Joshua Sims is unavailable too due to his knee injury.

Mauricio Pellegrino, the Argentine gaffer, has not experimented much with team set-up and is expected to retain a similar 4-2-3-1 formation against Mauricio Pochettino’s men.

The Englishman started the season as second-fiddle to Fraser Forster but the latter’s dismal outing against Spurs forced Pellegrino to rotate and hand McCarthy a run of games between the sticks. He is expected to retain his place against Tottenham on Sunday afternoon.

The Portuguese international has been their regular starter since Nathaniel Clyne’s move to Liverpool and has settled really well in English football. He will start against Spurs in his usual right-back role.

The youngster started the Watford game in place of the injured Maya Yoshida and is expected to retain his place if the Japanese international fails to recover in time.

The former Lazio centre-back was bought in the summer as a potential replacement for fellow countryman Virgil Van Dijk and is now starting regularly for the Saints. Should continue that way.

The former Chelsea flop has truly revived his career at Southampton and will be relied upon against the North London giants at St. Mary’s.

Romeu, another Chelsea reject, has been impressive in his defensive midfield role with crucial blocks, tackles, interceptions and combative approach.

The youngster’s transfer from Bayern Munich drew a lot of attention earlier last season but the Danish international struggled to earn a regular spot last term under Claude Puel. He, however, is having a run of games lately and is expected to get a nod over Mario Lemina.

The in-form Saints midfielder has netted thrice in the past two outings and will be hoping to continue his impressive run in such a difficult outing.

Tadic has been the most regular Saints star since his move back in 2014 and is expected to orchestrate moves from an attacking midfield role.

Boufal has had his moments of wonder in the league but has truly struggled to achieve consistency. His excellence, however, might earn him a return to starting XI, replacing veteran Steven Davis.

The injury to Charlie Austin and Manolo Gabbiadini’s lack of form has allowed the Irishman to regain his lost form and is being chosen to start games due to his pace and high work ethics.