Rangers have one foot in the Europa League group stage after a solitary goal scored by Connor Goldson gave them a victory over FC Ufa at Ibrox in their play-off first leg.

The Gers had chances to extend their lead but had to settle for a 1-0 advantage. Steven Gerrard knows a clean sheet next Thursday will see them secure Europa League group stage football for the first time in eight years, but the tie is still very much alive.

McGregor’s presence was invaluable to his team when FC Ufa showed their presence. Zhivoglyadov’s well-struck shot was well kept out by McGregor, but the veteran bettered it with a point-blank save from Azamet Zaseev.

Tavernier was once again at his best, marauding up and down the flank. He has the right-back role hemmed up under Gerrard. 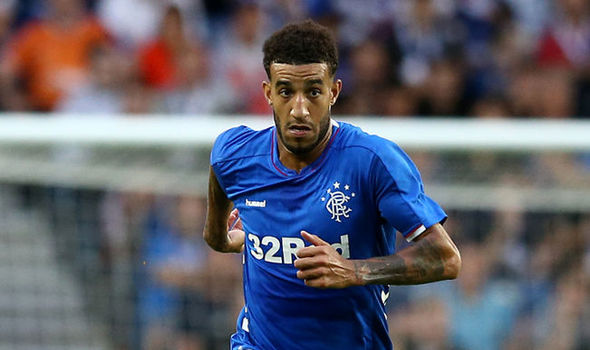 Goldson was not only a rock at the back but he contributed to Rangers’ attacks too. He scored the only goal of the night to give Rangers a precious advantage to take to Russia next week.

Another top show at the back from the young Croatian, who appears to be the signing of the summer for the Gers.

Was steady as usual on the left of the back-four. He got forward at times but his main task was to stay defensively tight, which he did without breaking a sweat.

Immense work-rate was put in by Arfield, who linked up very well with Alfredo Morelos. He was always a threat going forward and his presence kept Rangers ticking.

Ejaria showed some lovely touches on the ball. He was always willing to play the forward passes and put in a promising display in front of the boisterous home crowd.

Candeias was denied in the opening couple of minutes by the Ufa goalkeeper. Linked up well with Tavernier on the right.

Kent saw plenty of the ball but lacked the cutting edge. He kept possession a bit too much, which was frustrating at times to watch.

Excellent display from the Colombian, who gave the Ufa defence a tough time with his pace and power. He was a pest for the visitors throughout the game. Unlucky not to have scored before having a hand in Goldson’s goal.

Lafferty was given a hero’s welcome on his second Gers debut. Couldn’t create much of a problem and was booked within minutes.

Replaced Kent in the second half and had a big penalty shout turned down by the referee.