Who is Daniel Grimshaw? All you need to know about this Manchester City starlet

Manchester City‘s first-choice goalkeeper Ederson Moraes is totally fit and running but Pep Guardiola is currently facing a shortage of goalkeeping options with reserve goalkeeper Claudio Bravo out with an injury to his Achilles tendon.

Former England No.1 Joe Hart was sold to Burnley while Angus Gunn, a promising prospect between the sticks, moved to Southampton this summer.

Although the situation seems rather grim, the Sky Blues do have Daniel Grimshaw, 20, who could act as a reserve for Ederson Moraes. A report from the Daily Star confirmed the same, but who is Grimshaw?

Who is Daniel Grimshaw?

Born in Manchester, Grimshaw is a Manchester City fan right from his childhood days and has been at the academy since he was a 9-year-old.

He has shown impressive maturity over the years and has risen through the ranks slowly. In fact, Grimshaw was a part of the City squad that toured the United States in pre-season. Although he did not make an appearance, he was impressive in training. 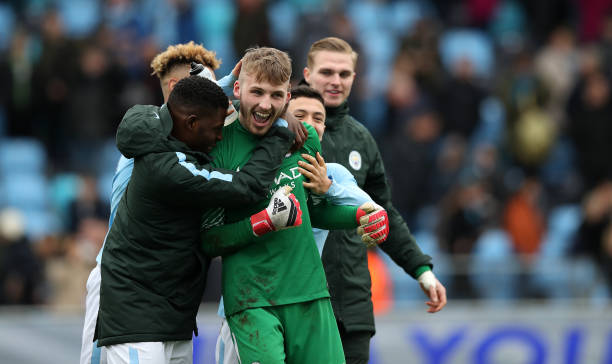 He has played in several foreign tournaments in Qatar and Singapore and was a part of City’s youth squad that reached the semi-finals of the UEFA Youth Championship last year.

Grimshaw was promoted to the senior squad last season and he signed a new three-year contract with the club this summer. (h/t Manchester Evening News)

Rated highly by the club’s youth academy, Grimshaw has shown quick development over the years. Standing tall at 6ft 1 in, the lanky youngster has the perfect physicality to succeed as a goalkeeper.

Blessed with sharp reflexes and excellent shot-stopping abilities, the 20-year-old can also handle the ball admirably. 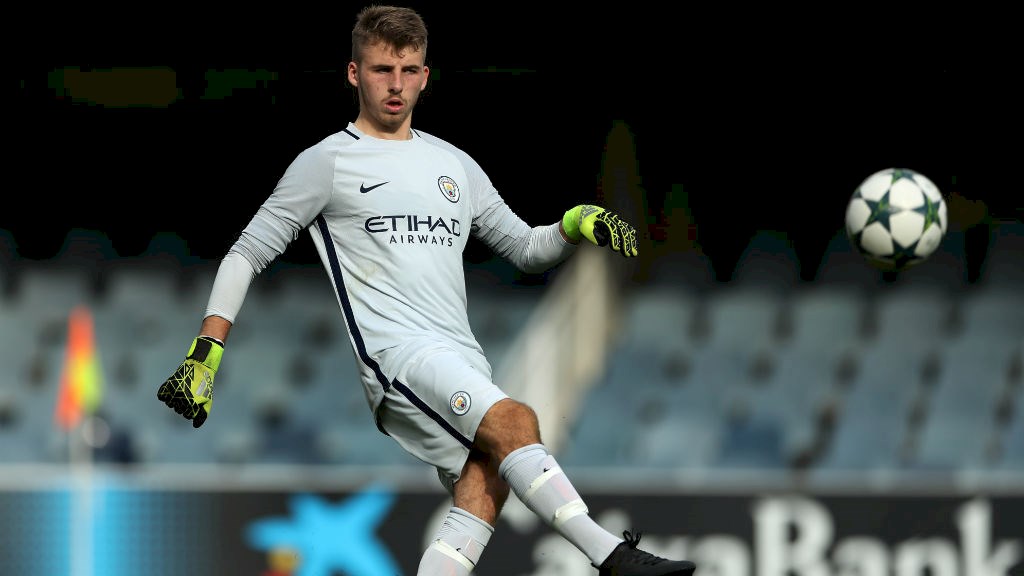 Furthermore, the youngster is also excellent at saving penalties, which will prove to be handy for City in the long run. In the UEFA Youth Championship last season, he saved four penalties in the shootout against Inter Milan, following it up with a couple of saves from the spot in the next game against Liverpool.

Read More: Man City completing this £120,000-a-week deal could be a major turning point for Pep

Although Grimshaw was promoted to the senior squad last season, he is yet to make his debut for Guardiola’s squad. Fellow academy star Phil Foden has already made his breakthrough into the senior team and a debut for the 20-year-old shot-stopper is not beyond imagination in this scenario. Given his wide array of skills, Grimshaw should be City’s second-choice goalkeeper and start in the cup competitions.