Bayern Munich centre-back Mats Hummels has emerged as an option for Manchester United in the winter transfer window, according to the Sun.

Hummels, 29, is considering a departure after playing just four times in the Bundesliga this term. The German was heavily linked with a move to Manchester United in 2014 from Borussia Dortmund but he chose to stay put at Signal Iduna Park before rejoining Bayern Munich in 2016.

United manager Jose Mourinho desperately wanted to sign a centre-back in the summer transfer window to strengthen his backline. But the Portuguese manager wasn’t backed heavily by United and the club ended up signing only three new faces. 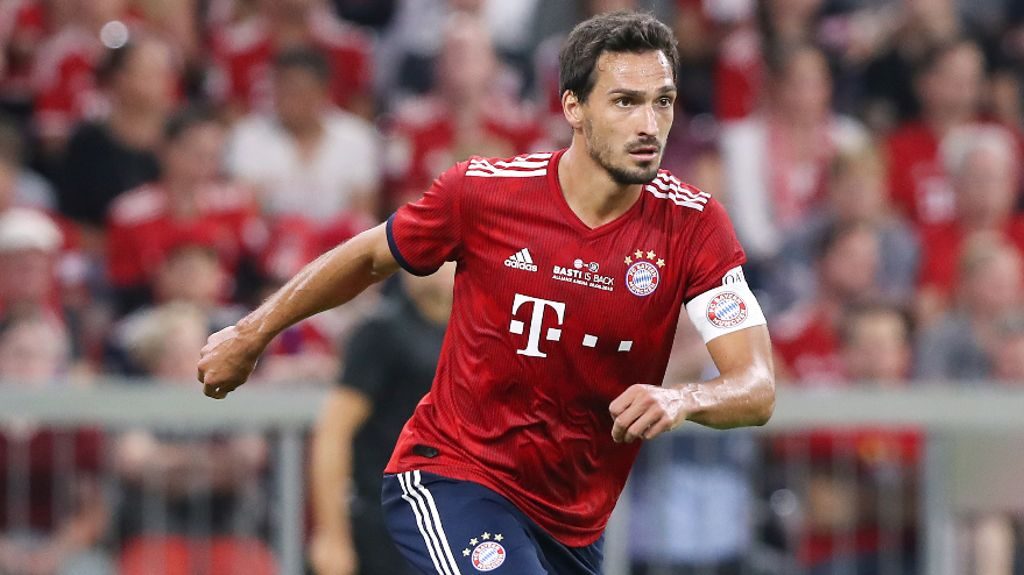 Mourinho’s need for a new central defender makes utmost sense now as United have endured a poor start to the new Premier League campaign. United’s defence has been all over the place, having conceded 14 goals already.

A large part of the problem is Mourinho’s apparent inability to settle on a first-choice defence. It is clear that the manager does not appear to have complete confidence in any of his four senior centre-backs – Chris Smalling, Victor Lindelof, Phil Jones and Eric Bailly. He used Scott McTominay as an auxiliary centre-back against West Ham — a plan that massively failed as United lost the game 3-1.

As things stand, solving the defensive problems is a matter of urgency for Mourinho. The pressure on him is immense and the United boss should rectify that by making a January swoop for Mats Hummels.

Hummels is a world-class defender renowned for his leadership skills and commanding presence at the back. He passes the ball exceedingly well and is comfortable with spraying long balls across the field, often with unerring accuracy. The German is a strong, powerful and aerially dominant defender with a good turn of pace and excellent game-reading skills.

At 6ft 3in, the 29-year-old is a tall and tough tackling centre-back and has all the qualities to succeed in the Premier League. Also, Hummels possesses a calm demeanour which is absolutely vital in today’s game and knows to inspire his teammates when the chips are down.

Read more: Man United beating Arsenal to the signing of this £20m World Cup Golden Boy nominee could be a masterstroke

United are crying out for a top-class reinforcement like Hummels. All in all, the German would be an excellent addition to United and Mourinho must get his icy hands on the 2014 World Cup winner in January.