The Tigers started the season off strongly with 2 victories to their name. But since then they have picked up only 1 point, which was in a draw to Burnley. Such performances have left Mike Phelan scratching his head as he figures out how his team has lost 5 games in a row. This losing streak involves big losses to Liverpool and Bournemouth. Hull City will definitely need to improve on their early-season form if they are to avoid the drop. They did staggeringly well to get promoted to the Premier League through the play-offs. Hull made some last minute additions to their squad namely Markus Henriksen, Mbokani, Will Keane and last but not the least, Ryan Mason.

The beginning of the Premier League season came with a lot of uncertainty as at one point, Hull were without a manager in place for their league campaign. At one point of time, Hull had only 13 fit players to call upon. But they weathered the storm and won two their first two games on the trot. It remains to be seen if they can do the same with a full squad and a manager in place. Mike Phelan must organize his defence and make them difficult to beat first. The club has several attacking players who on their day can be a menace to opposition defences. 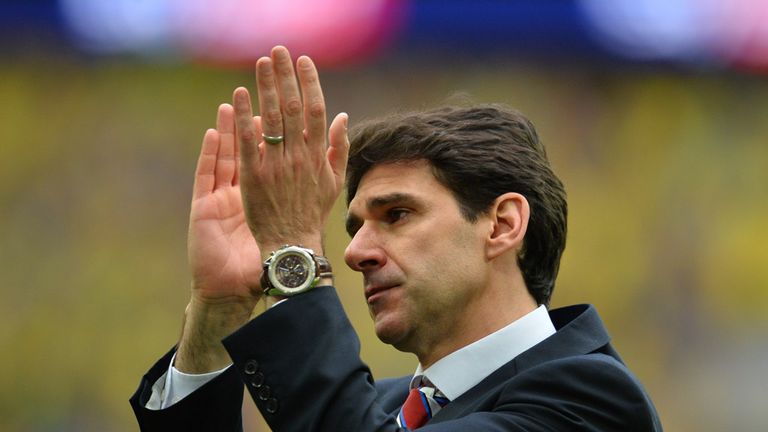 They made quite a decent start to the season as they were unbeaten after 3 games. But after that, it’s been all downhill for the Riverside club. Aitor Karanka has a spirited team who can give any team a fight on its day but even he will know that quality is lacking in his squad. Adama Traore looks to be an excellent acquisition as he absolutely terrorized Arsenal in their 0-0 draw. He threatened to score on many occasions and if not for the excellence of Petr Cech, he could’ve won the match for them.

Such performances, though, have come few and far between for Aitor Karanka’s liking. If he wishes to keep them up, he will need to bring in several changes to how they play. And this is to ensure they still have a fighting chance by the end of the season. He has the players to do it now as Negredo, Barragan and a few others find themselves in Borough’s squad. They will be looking to make a telling impact. Gaston Ramirez and Christian Stuani are 2 Uruguayans who have also made enterprising starts to the season.

West Ham, Swansea and Stoke are some of the other clubs that find themselves close to the bottom of the table. But they are expected to bounce back and as the season goes, they will progress up the table owing to the quality of their squads.