Middlesbrough have been right on top from day one and are yet to be beaten in the league this season. The opening stages of the Championship season have seen Boro and Leeds United emerge as the early title contenders.

Tony Pulis’ sides have always been well-drilled at the back and systematic going forward. Over the last two games, Everton loanee Muhamed Besic has made a massive impact for the club. Besic was signed on a season-long loan from Premier League outfit Everton this season.

After making a £4million move to the blue side of Merseyside in 2014, Besic’s career was largely hampered by persistent injuries. During his four-year spell with the Toffees, the Bosnian was only able to muster a total of 37 appearances for the club. Last season, he was only able to make 2 appearances in the league. 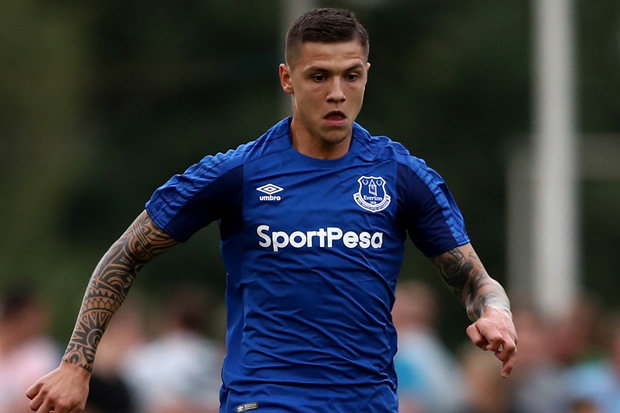 But a move to the Championship has so far seen the midfielder sparkle back to life. Under Tony Pulis, Besic looks solid and confident. The midfielder made his first appearance for the club, coming on as a second-half substitute against West Bromwich Albion.

Not only did he assure a sense of stability and security in the middle of the park, but Besic also picked up the assist for Daniel Ayala’s stoppage-time winner against the Baggies. It was his brilliantly whipped in set-piece that finally found the back of the net.

Besic was handed his first start, against Leeds United last weekend, and though the teams played out a 0-0 stalemate at Elland Road, the Bosnian was once again in fine form. He averaged 1.5 tackles and 3 clearances in the game, playing a crucial role in keeping Marcelo Bielsa’s side at bay. (Stats Courtesy – Whoscored)

Often deployed as a deep-lying defensive midfielder, Besic is also capable of playing as a box-to-box central midfielder. The Bosnian’s aggressive and tough-tackling style will definitely provide Boro with a new dimension in the middle of the park.

Read more: Good start and a solid defense – Here are 3 reasons why Middlesbrough can get achieve PL promotion this season

As Tony Pulis’s team return to face Norwich City after the international break, Muhamed Besic will certainly play a key role for the squad as the season goes on. Given that Marco Silva will not require his services at Everton, Middlesbrough should aim to strike a permanent deal for the midfielder when the season comes to a close.