Manchester City returned to winning ways after picking up a 2-1 win against Newcastle United before the international break. The Cityzens were made to toil in front of goal but two brilliant strikes from Raheem Sterling and Kyle Walker ensured all three points for the Champions.

Rafa Benitez’s men did pull one back through DeAndre Yedlin in what seemed to be the only clear-cut opportunity for the Magpies. Manchester City were otherwise dominant and though it took them a while to breach the Newcastle defence, Pep Guardiola should be happy with a win before his players depart.

Here we take a look at three talking points from Manchester City’s win over Newcastle United.

Dominance on the ball

Pep Guardiola is a true believer in possession football. As long as you have the ball, the opponent can’t score – a very simple theory from a brilliant manager. Manchester City kept 78% possession against the Magpies, who saw just 22%.

Though Newcastle United pulled one back for the visitors, it was evidently their only real chance in the game. City were circulating the ball all across the field and Rondon was a lonely soul at times.

Rafa Benitez is a pragmatic manager who often relies on one magical moment to clinch the game. But Pep Guardiola’s possession football ensured that the Magpies barely got the ball. 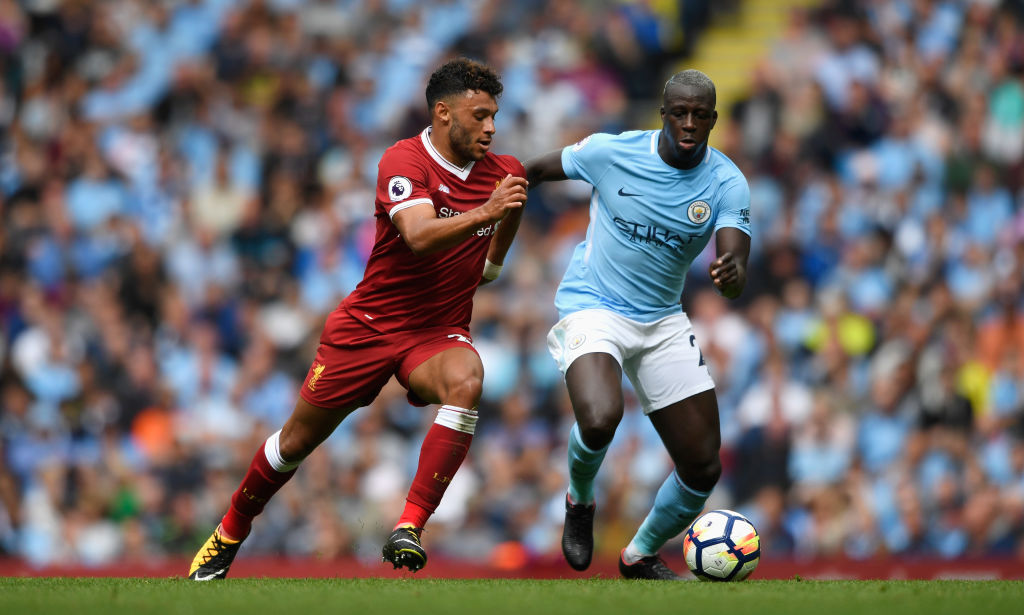 Benjamin Mendy has turned into a revelation for full-backs. In just 4 games, the left-back has picked up 4 assists and is right on top of the charts with the likes of Sergio Aguero, Eden Hazard, and Sadio Mane.

Mendy has already whipped in 27 crosses this season and has created 2 big chances. His devilish deliveries into the box are almost always destined to find the back of the net. Mendy offers width and dynamism on the flank and there’s no stopping the Frenchman. (Stats Courtesy – Premier League)

Over the last two games, it almost seems as though the champions are slightly fragile at the back. This could be because Guardiola often rotates his entire squad, including his backline but there’s no truth to it.

The likes of Benjamin Mendy and Kyle Walker are superb going forward, but when Newcastle scored their first via a counter-attack, both were way up the field. Given that City are always playing in fourth gear, there seems to be a loophole in the defence that leaves the centre-backs exposed to runs behind their back.

Guardiola must figure out a way to nullify this effect if City are to mount a strong title defence this year. Offensive teams like Liverpool, Arsenal, and Chelsea will certainly pick them apart in these situations.