Why Manchester United must spend big to sign Nicolo Zaniolo

According to the Mirror, Chelsea were keeping an eye on AS Roma starlet Nicolo Zaniolo.

Nicolo Zaniolo, 19, joined Roma last summer as a makeweight in the deal that saw Radja Nainggolan go to Inter. The Italian youngster has become an indispensable figure to Eusebio di Francesco’s Roma, emerging as one of the breakout stars of the Serie A this season.

He has already contributed with three goals and two assists in 13 Serie A games, and has featured heavily for the Italian outfit in the Champions League as well.

The teenage prodigy has already garnered a lot of attention from the likes of Chelsea, Real Madrid and Juventus. Keeping that in mind, Manchester United should also enter the race for the talented midfielder. 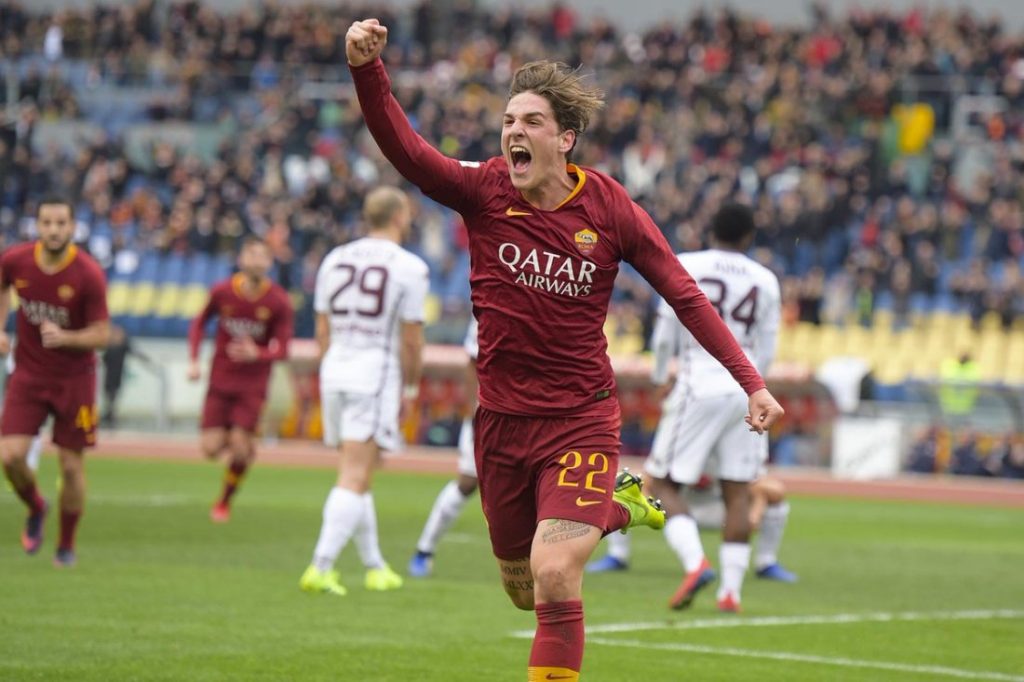 Manchester United have gone unbeaten in 11 games under Ole Gunnar Solskjaer since Jose Mourinho was sacked in mid-December. As a result of United’s impressive winning run, they have moved into the top four.

Under Solskjaer, the likes of Marcus Rashford, Paul Pogba, Anthony Martial and Jesse Lingard have played a key role in the Red Devils attack. That has led to Romelu Lukaku, Alexis Sanchez and Juan Mata enjoying limited game time. While Lukaku and Sanchez have made some telling contributions, Mata has been the odd man out in Solskjaer’s system.

Very few players in the Premier League can pick a pass like Mata. The technically-gifted Spaniard, however, is out of contract at the end of the season and it’s still unclear whether United will offer him a new contract. Should the Reds decide to let Mata leave in the summer, the club should make sure they sign his replacement.

Nicolo Zaniolo would be perfect for Manchester United and given his skill-set, technical abilities, vision and versatility, he’ll potentially replace Mata.

The Italian is blessed with a great blend of size and technique, and uses those attributes to deadly effect. He takes up promising positions in the attacking half of the pitch and can hurt the opposition in different ways.

Read more: Man United signing this 23-year-old speed demon in the summer is an absolute no-brainer

At 19, Zaniolo’s value would rise swiftly so Roma will likely be alert. The teenager has already gained a lot of attention and while Roma could look to hold onto their starlet, Manchester United must make such an offer that the Italian outfit just cannot turn down.