Why Liverpool boss Klopp should stick with Fabinho over Henderson

Liverpool picked up another sumptuous win at home against Cardiff City to keep pace with league leaders Man City. Jurgen Klopp’s men now look a revitalised side after enduring a rocky patch over the last few weeks.

The manager will definitely be pleased with his team’s performance and the Reds now receive a well-deserved rest before travelling to the Emirates to take on Arsenal. The German will also be glad to see the performances of new signing Fabinho, who has stamped his authority in the last two weeks.

The Brazilian was slowly installed into the squad as Klopp took his time to instil the club’s philosophy and playing style into the former Monaco midfielder. He looked slightly off the pace in his first start but shaped up well in no time to show what a quality signing Liverpool have made for £43.7m.

In his first European start for the club against Red Star Belgrade, Fabinho immediately became the Liverpool player with the most number of tackles in a single game. He showed how flexible he is in the middle of the park as both his passing and defensive contribution caught the eye.

Fabinho was partnered next to Georginio Wijnaldum as Klopp used two number 6s in a 4-2-3-1 formation. Fabinho shined on his debut and then looked even better against Cardiff City this weekend. The 25-year-old has averaged an 83.8% pass success rate in the Premier League, while boasting an even higher 87.1% in the Champions League. (Stats courtesy – Whoscored)

He was spraying the passes swiftly and accurately in the middle of the park. Fabinho also ensured not to slow down the play as he quickly moved the ball from the back to the final third.

With Wijnaldum next to him, the Brazilian has been able to thrive and focus on his own game while the Dutchman does most of the dirty work.

This allows Fabinho to simply move into spaces in the middle of the park and pick up the ball to initiate an attack. He has also looked defensively confident and is yet to give away a needless foul. 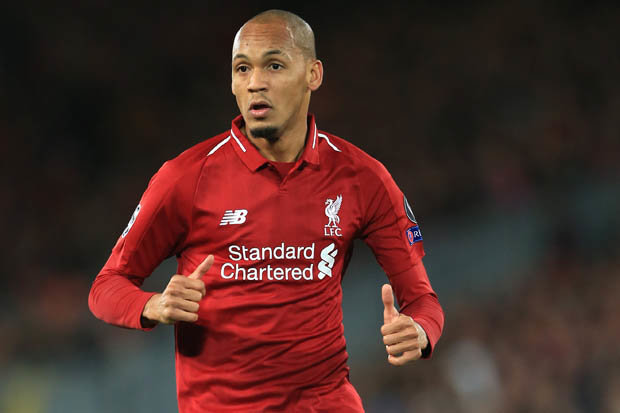 Klopp must definitely stick with the Brazilian after such respectable displays. Though he may not be able to match Henderson’s long-range passing yet, the 25-year-old has been majestic on and off the ball. It’s his positioning off the ball that has received a lot of praise over the last few weeks.

Read more: Why Liverpool handing this rising young star a new contract is a step in the right direction

Klopp might not be able to stick with the same formation every game, but the German must definitely stick with the Brazilian in the middle of the park.

This would allow him to finally get a feel of the Premier League and let him maintain his momentum. He surely is proving to be the player Liverpool expected him to be.