The ongoing World Cup has slowed down the cadence of transfer noise but it has not stopped the outlets entirely from reporting bizarre stories which continue to baffle the fans and make them shift their attention from the mega footballing event in Russia. One such news is that Liverpool are interested in Real Madrid’s Marco Asensio and prepared to pay a British record £158m to sign the Spaniard this summer. The report was originally carried out by Spanish outlet Mundo Deportivo.

Amid reports of a probable resurrection of the Nabil Fekir deal, the Merseysiders are keeping close tabs on KAA Gent winger Moses Simon and Stoke City’s Xherdan Shaqiri. The former Bayern Munich and Inter Milan winger is currently in the news for all the right and wrong reasons while representing Switzerland at the World Cup.

Asensio, the 22-year-old dynamic wide attacker, who prefers to operate from the left flank, was recruited by Real Madrid from Real Mallorca back in November 2014. He spent the remainder of the 2014/15 campaign on loan at Mallorca and was loaned out to Espanyol the following season. But Asensio eventually rose to fame and made his mark in a star-studded Real Madrid squad in the 2016/17 season. Zinedine Zidane, the former Los Blancos manager, kept his faith and handed him opportunities. 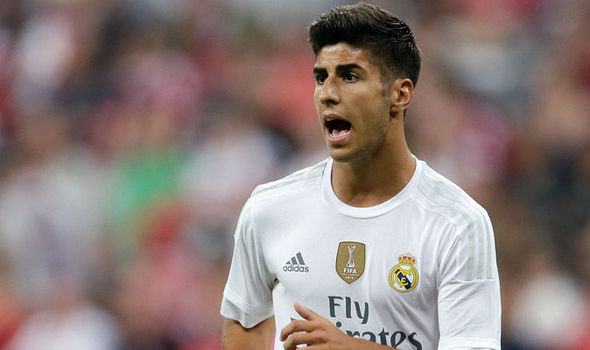 The Spaniard, too, did not disappoint and put in several impressive performances for Real Madrid which in turn resulted in him playing for the Spanish national team.

Asensio has already helped Real Madrid to one league title and two Champions Leagues amongst other honours. But he made only 19 league starts last season and most of his Champions League appearances came off the bench as well. Asensio might be closing in on making his 100th appearances for Real Madrid but his game-time at the Bernabeu still remains a concern.

Although he is rated highly back in his own country and has a contract with Real Madrid which runs until 2023, Los Blancos might find it difficult to ignore if Liverpool come calling with a £158m offer for Asensio, who has a €700m release clause.

Liverpool, who had a heartbreak against Real Madrid in the Champions League final, showed that they are ready to emerge as a formidable force under Jurgen Klopp after years of mediocrity. Reds already have the likes of Mohamed Salah, Sadio Mane and Roberto Firmino but acquiring Asensio will be a serious statement of intent from the Merseyside giants.