According to a report from the Daily Mail, Leicester City are shock favourites to sign Bayern Munich star Arjen Robben on a free transfer in the summer.

The Dutchman will leave Bayern Munich at the end of the season after a decade at the club for whom he has been nothing short of incredible.

Robben has achieved it all at club level and has represented the biggest names in Europe like Real Madrid and Chelsea along with the German champions.

At 35 years of age, Robben is well past his prime but the veteran is still a joy to watch and would be a phenomenal addition to the Foxes’ squad. Leicester, after a phenomenal turnaround of their season, should now focus on addressing their squad in the summer. Brendan Rodgers will be looking to make an impact in his first transfer window as Foxes boss and what a statement Arjen Robben would be.

The Foxes have struggled with width throughout the season, with Demarai Gray and Rachid Ghezzal both having underwhelming seasons. Leicester’s joy has mainly come from central areas with Jamie Vardy, James Maddison and Youri Tielemans making a huge impact.

Despite little support from the wide areas, Leicester managed to finish in the top half of the Premier League and one can only wonder where they would be if their wingers contributed more in their attacks.

Rodgers will seriously need to look at new wingers and Arjen Robben would be a perfect option for a year. The Dutchman will bring in more experience than half of Leicester’s squad combined and his goal-scoring prowess needs no introduction.

Robben will give Leicester a temporary solution until they find a long-term replacement on the wings. Harvey Barnes and Gray have immense potential which is yet to be fulfilled and Robben’s experience and tutelage will benefit both of them massively.

Robben, despite not being able to play every game at his age, can still have a humungous impact for the Foxes and he has the ability to win them games on his own.

The veteran’s previous experience in the Premier League will also come in handy and Leicester would be the ideal destination for him to end his illustrious career. 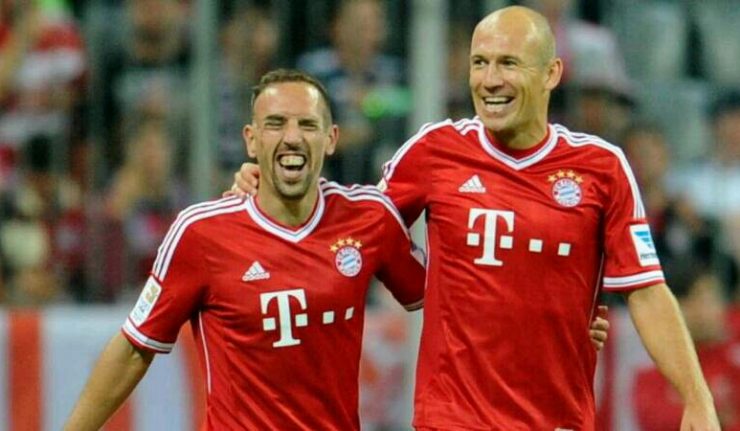 Arjen Robben’s addition to Leicester City’s squad will beat most headlines in the summer window and raise the confidence level at the King Power next season. The Foxes cannot doubt his quality and Brendan Rodgers will have an experienced and reliable player at his disposal next season.