According to a report in Daily Mail, Leeds United are among a host of clubs interested in signing Leyton Orient defender Dan Happe during this transfer window. Leicester City, Norwich City and other Premier League sides are also in the race.

The 20-year-old played a key role in the O’s promotion-winning campaign. He made 20 appearances last season, having burst into the regular starting eleven since turn of the year. 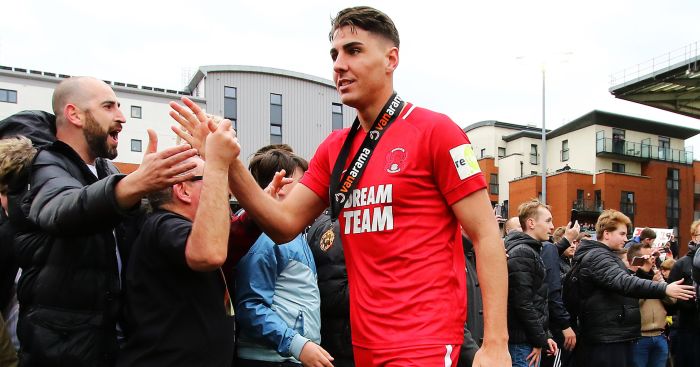 Currently, Happe’s contract expires at the end of next season. He is attracting interests from a host of clubs (h/t Daily Mail), which comes as no surprise, given his prospects of becoming one of the best in the future.

Leyton would ideally want to keep the player for as long as possible. But with clubs circling around, they will sell the defender with a clause that brings him back on loan for the 2019/20 season. (h/t Daily Mail)

Here’s why Leeds should lead the race for this deal and sign the 20-year-old this summer and make him a part of the squad for the upcoming season:

The departure of Jansson has left a massive void

With a clear possibility that Pontus Jansson will be leaving Leeds United during this transfer window (h/t Mirror), the club need to find a replacement at the heart of their defence ahead of next season.

If they are looking at the possibility of signing Dan Happe, it is not a bad idea. The 20-year-old is a central defender by trade and can fill the gap left by Jansson in the Whites’ squad. In terms of his attributes, the young Englishman is physically strong and doesn’t mind having aerial duels with centre-forwards. He can also read the game and make crucial defensive interventions and is a proper threat in the opposition box from indirect set-pieces.

Thus, on the evidence of how Happe has performed so far, he deserves a chance to be signed by a top Championship club.

All in all, we can conclude by saying that Leeds should beat others in this race to sign young Dan Happe during this transfer window.