According to a report in Northern Echo, Brighton are among a host of clubs interested in signing Newcastle United midfielder Isaac Hayden during this transfer window. West Ham, Wolves and Watford are also in the race, while few Championship clubs are circling around as well.

Hayden has been aiming at a departure from Tyneside for some time now, in order to get close to his family down south (h/t Northern Echo). He is an Arsenal youth product but didn’t get a first-team opportunity there. 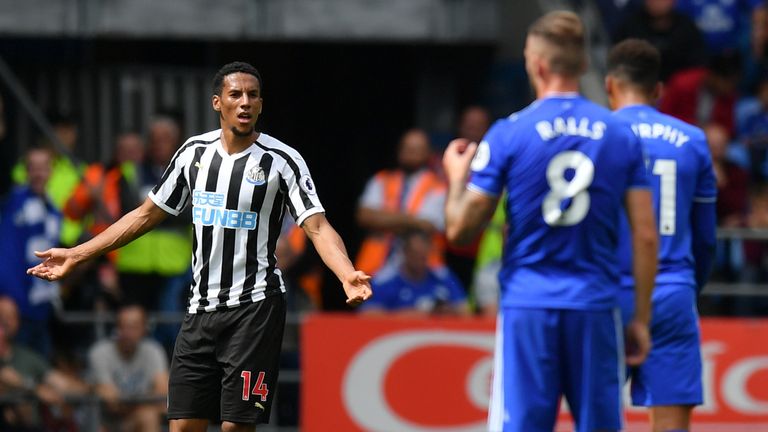 Newcastle have slapped a price-tag of around £15m on his head for the move to happen. The departure of manager Rafa Benitez to China hasn’t affected this situation until now. (h/t Northern Echo)

Brighton, who are now under the new management of Graham Potter, just survived to escape relegation during the 18/19 campaign. Here’s why they should beat others in this race to sign Hayden in the coming days:

Hayden’s presence in the midfield would help the Seagulls

Predominantly a defensive midfielder, who can also operate in a double-pivot central midfield, Isaac Hayden is versatile enough to play as a centre-back or as a right-back if required by the team.

During the course of last season at Newcastle, the 24-year-old did play in central midfield as a wide midfielder and as a right-back. His flexibility would be a handy asset for any team he chooses to play for.

In terms of his attributes, Hayden is good at reading the danger and defending the situations while being physically strong on/off the ball. He can also spray passes with decent accuracy and doesn’t mind having a pop at goal from distance.

If Brighton are one of the clubs interested in signing him, they shouldn’t hesitate to complete the deal ahead of others. The Englishman’s presence in the midfield and his versatility would be of great help to the Seagulls.

All in all, we can conclude by saying that Graham Potter’s men should beat others in this race to sign Isaac Hayden from Newcastle. His addition to the squad would surely bolster their defensive midfield department.