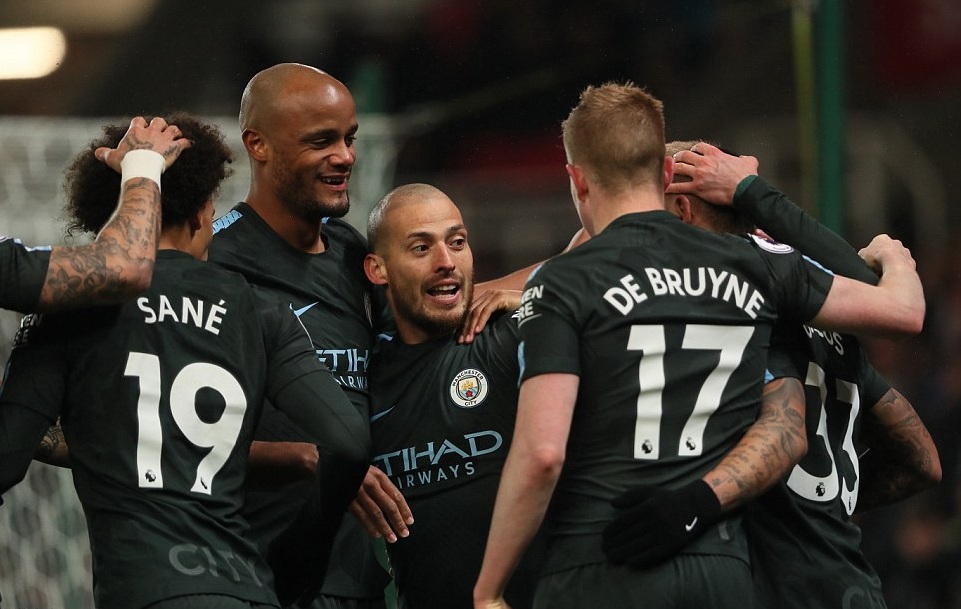 Manchester City are now the Premier League Champions and it will be interesting to see how they finish their season as it has all been wrapped up so early. Pep will want them to finish strong to take the momentum into the next season and if I were this Swansea side, I’d be very worried about playing a City side where the pressure is off.

Swansea’s recent form has been a little woeful and they are only 5 points above the drop zone with four games to play. A plucky victory here would give them a lot of confidence and take them a step closer to safety.

The Brazilian goalkeeper has really upped the level of the Manchester City team this season. It has given the defenders the confidence to know he is sweeping up the balls that drop behind them.

The central midfielder has been a revelation in the left-back position for Manchester City this season. Pep’s decision to play inverted full-backs seems to have massively benefited the player and he has had a great season.

The 30-year-old has looked like a changed player this season and has looked like a wall at the back for Man City at times. He has been a little more shaky over the last few games but could be forgiven for that as he has had a change in partner with Vincent Kompany being back.

Just how many times can the iconic centre-back come back from injury? He doesn’t look to have the legs he once had but is still hard to get past. Will be looking to finish the season on a high.

Walker has been one of Manchester City’s consistent performers this season and the right-back has really flourished in this more attack-minded team. Solid in both defence and the attack, he is absolutely rapid.

What this little wizard produces is magical. The Spaniard has 8 goals and 11 assists in 26 appearances – incredible statistics for an incredible player.

With Fernandinho out injured, Gundogan has flourished in his natural role in the middle of the park. Because City keep the ball so much, he doesn’t have to make too many tackles but he reads the play well and intercepts the ball, sparking fast trademark counter-attacks.

The central midfielder has been world-class this season and it’s not surprising that he’s in the running to become the PFA Player of the Year. 15 assists is just remarkable and they can come from absolutely nowhere during the game. Always a danger.

Sterling has come under a little criticism recently as he has missed a few good chances. Seems to be a player for whom confidence is absolutely key. With 17 goals and 8 assists this season, it is hard to criticise the changed player.

The young German has been fantastic in the wide left-wing position for City this season. Another player who has scored bags of goals and always contributes assists as well. A fantastic talent. Should start this game as a striker.

The 21-year-old Brazilian has had an interesting first season at Manchester City. Unfortunately, it has been marred with injuries. However, when he’s on the pitch, he usually grabs a goal. Will only improve over the coming years.