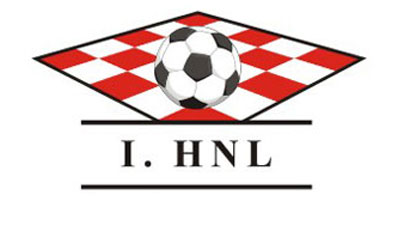 It is without doubt the Champions League has made an enormous difference to domestic leagues around Europe, mainly down to the disproportionate share of the prize money.  But there is one league in Europe which seems to be the hardest to win for any club apart from one.

The Croatian League (The Prva HNL)was formed in 1991 after the break-up of the Yugoslavian League. 22 seasons have been played out with just 3 different clubs lifting the title.  That might not seem too odd, especially when you consider countries such as Netherlands, Turkey and Portugal having a similar record. But dig deeper and you find that one of those three, NK Zagreb, has only won the title once. The 2nd best record is held by Hajduk Split with 6 wins.

Dinamo Zagreb has just won the Croatian League for an incredible 8th successive season and for an amazing 15th time out of 22 seasons.  They missed out on the League and Cup double this season, which they have achieved 5 times in the last 6 years and a total of 9 times since 1992.

NK Zagreb has just been relegated which means of the clubs who will compete in the HNL in 2013-14, only 2 have ever won the title. The Croatian League has now made the decision to reduce their numbers in the HNL to just 10. This would seem to provide Dinamo Zagreb with less competition than ever.

Dinamo Zagreb were named Croatia Zagreb in 1993 in a move seen as largely political to acknowledge a newly independent Croatia. But the supporters were never comfortable with this and the name was changed back in 2000. As Croatia Zagreb they won 5 League titles, including a run of 4 successive from 1996-1999 as they also picked up 3 League and Cup doubles.

The dominance of Dinamo Zagreb and Hajduk Split is such that these two have filled the top 2 places in the HNL for 14 seasons. Hajduk must be the most prolific ‘bridesmaids’ in Europe with an amazing 12 2nd places to their name.

This season Lokomotiva finished 2nd, the highest position in their history.  They became only the 7th different club to finish in the top 2 since 1992.  Lokomotiva won three consecutive promotions between 2007-09, rising from the fourth level of Croatian football to the top.  Their achievement in reaching 2nd place last season is less impressive when you find out they have been Dinamo Zagreb’s ‘farm’ team.

So basically, Dinamo Zagreb has won the last 8 league titles and now their ‘B’ side has just finished 2nd as well.  Mind you, the gap between the two this season was a massive 20pts from 33 games.

Attendances may point to the public becoming disillusioned with the lack of competition too.  Average attendances fell below 2,000 in 2011 for the first time since the Croatian League started, and fell further the year after, but have since recovered slightly yet still below 2,500.  Remarkably, for a club who has won so many titles, Dinamo Zagreb only pack in around 3,000 spectators, though this seasons’s average was just below that figure, compared with nearly 6,000 in 2009.

Scottish supporters might argue the SPL is equally as uncompetitive with only Rangers or Celtic winning the title over the same period, 1992-2013 and only 4 clubs, other than the Old Firm, have finished 2nd.  But up until last season at least either club had the chance to win the title, rather than one club dominating.
If you’re playing Football Manager and you want a challenge, why not try and take one of the other clubs to the title.  If you can do that then you might just be achieving the impossible in European league terms.