According to reports in the Mirror, Liverpool will lead the chase for Arsenal’s Aaron Ramsey if the Gunners fail to sort out the Welshman’s contract situation. The Reds wanted the player in the summer, only for the north London club to reject any offers.

But Jurgen Klopp and his men could be back again with an interest in the 27-year-old, following a shock abortion of contract talks by Unai Emery and Arsenal. It means that the attacking midfielder could be available for free at the end of this season. However, as per the report, the Gunners would prefer to sell him in January for a cut-price fee and collect some funds. (Mirror)

Liverpool did some good business in the concluded transfer window. However, after the failed transfer of Nabil Fekir, the Reds need a No.10 who can link the midfield and the attack. In Ramsey, they would get that in abundance and if they successfully buy the 27-year-old, here’s the dream lineup featuring the player.

The Brazilian is slowly showing his worth in a Liverpool shirt after an expensive arrival this summer. A proper goalkeeper for the Reds after a long time.

The teenager has gone from strength to strength since his full-time debut last season. He is certainly ahead of the pack, leaving Nathaniel Clyne behind.

Another youngster who has revelled this season at centre-back alongside Virgil van Dijk. An important figure in the team right now.

Possibly one of the best signings for Liverpool in recent times. He has helped them erase their perennial defensive problems.

The Scot has raised his level every time he’s stepped on to the pitch. He is making that left-back spot his own.

In due course of time, Fabinho is the man who is expected to take up the defensive midfield responsibility for the Reds.

The Guinean is slowly making an impact this team needs from midfield. He can drive past people and create chances in abundance.

If the £110,000-a-week star joins Liverpool, the advanced role in the midfield should be the place where he would be at his best.

The Egyptian has started this season in a slightly iffy manner but he is still a quality player and the goals will come soon.

The Brazilian is the one who makes the front-line tick with his link up play and pressing up front.

Read More: 5 Liverpool signings who have flattered to deceive in the past decade including £44.5m duo

The Senegalese international is a major part of what Liverpool do up front. He has started this season well by scoring four goals in seven Premier League appearances. 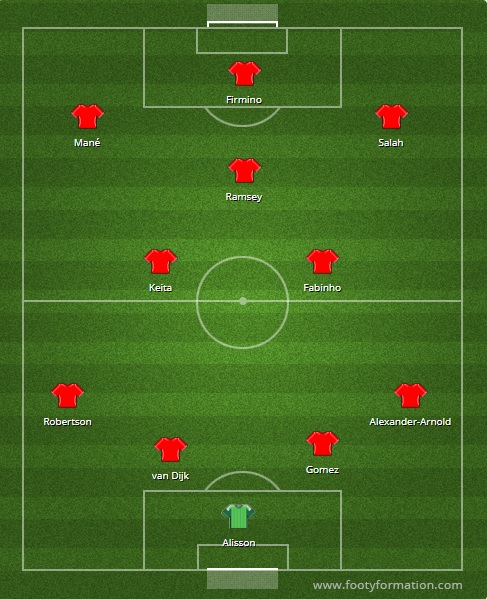