Derby County will welcome Swansea City to Pride Park on Saturday as they look to bounce back to winning ways in the Championship.

The Rams lost 2-1 to Stoke City on Wednesday and Frank Lampard will hope his boys put in an improved performance at the weekend to pick all three points against Swansea.

Swansea City, meanwhile, come into the game on the back of a 2-1 defeat at home to West Brom.

Curtis Davies was stretchered off before half-time in the 2-1 defeat at Stoke, with the defender suffering an Achilles’ tendon injury, Lampard has confirmed. So Davies could join long-term absentees, Mason Bennett and Craig Forsyth.

Joe Ledley, Marcus Olsson and George Evans remain out injured, while Bradley Johnson will serve a one-game suspension after picking up his fifth yellow card on Wednesday.

Carson had a really poor game against Stoke but will look to redeem himself at the weekend.

Bogle has been a bundle of energy down the right flank. He is a certain starter at right-back.

A leader at the back, Keogh has to be at the top of his game in order to stop the Swansea attackers.

Tomori would walk back into the team following Curtis Davies’ injury. The youngster has performed well, forging a strong partnership with Keogh at the back.

With Forsyth out for the season, Malone has become the undisputed starter at left-back.

Huddlestone should start at the base of the midfield trio, looking to dominate the proceedings from minute one. 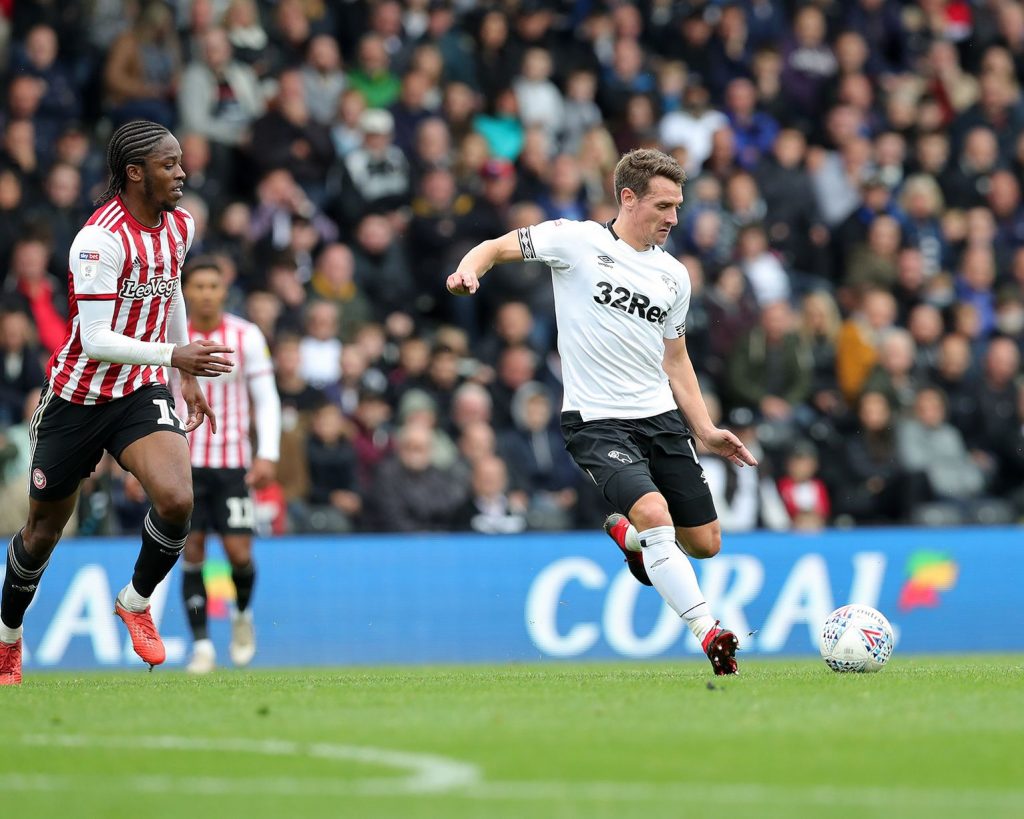 Bryson brings a lot of energy and intensity to Derby’s engine room. He is expected to start against Swansea on Saturday.

Mount needs a run of games to get back to his creative best for the Rams. He is an intelligent player who can exploit spaces behind Swansea defenders and cause damage.

Scored a peach of a free-kick against Stoke City. The goal would give him a lot of confidence and Wilson will look to get on the score-sheet at the weekend again.

Lawrence needs to start influencing Derby’s play in the final third if he is to keep his place in the team for a sustained period of time.

Marriott has been amongst the goals for the Rams of late. He is a definite starter at the weekend against the lowly Swans. 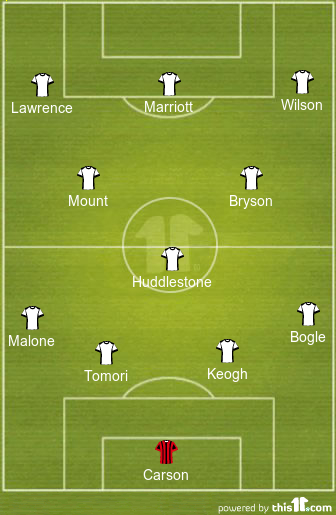