Everton clinched a last-minute draw against Watford last weekend as Richarlison returned to haunt his old side. The Toffees are on a three-game winless run at the moment and manager Marco Silva will be aiming to make quick amends.

But it will be difficult given the Merseyside club visit the Etihad Stadium to play Manchester City next. The champions are on the back of their first league loss of the season against Chelsea and will be on a mission to get back up.

Idrissa Gueye could miss out after picking up a slight injury in the last game. Apart from that, only long-term absentee James McCarthy is out of the team. Marco Silva can deploy his strongest side to go up against the champions.

Despite his horror mistake against Liverpool, Pickford has been very good in goal for Everton. He will keep his place.

Coleman was unlucky to see the ball ricochet back into the net last game. Nevertheless, he should keep his place at right-back.

Keane has been Everton’s most consistent defender this season. He will surely keep his place.

Zouma will return to partner Keane at the back. The pair built a formidable partnership in the early stages of the season.

Scored a superb free-kick last time out and will surely keep his place against Manchester City.

Gomes has made a massive difference to this side since making the loan move from Barcelona this season. He will continue in central midfield.

Davies will return to the line-up in place of the injured Idrissa Gueye.

Walcott needs to be more decisive in the final third. He tends to give away possession too cheaply.

Missed the penalty last time out but he has been very influential. Sigurdsson will attack through the centre. 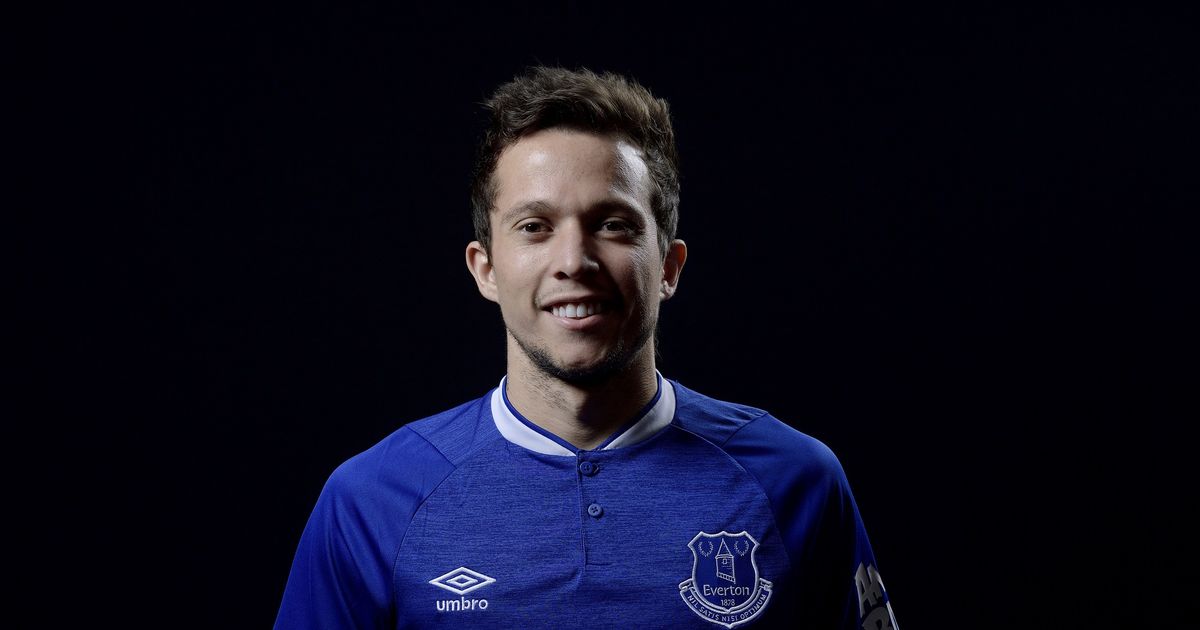 Bernard will continue on the left-hand side of the advanced midfield. He has linked up very well going forward.

Read more: The arrival of this talented Evertonian on loan would solve a key issue for Aston Villa and Smith must get this done

The Brazilian will lead the line after scoring another goal last weekend against his former side. 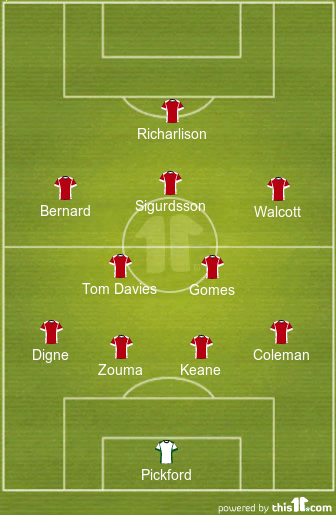