Predicted Rangers line-up to face Livingston in the Scottish Premiership

Rangers are back in Scottish Premiership action on Saturday when they host Gary Holt’s Livingston at Ibrox. The Gers lost against Livingston earlier in the season and will be looking to avoid another upset.

Before the international break, Steven Gerrard’s Rangers ran riot against Motherwell, battering the opposition 7-1. They will go into Saturday’s game as the overwhelming favourites.

Graham Dorrans and Jamie Murphy are long-term absentees and Ryan Kent is a couple of weeks away from returning to the team. But Borna Barisic could make a return to the squad after overcoming a calf problem that has left him out of action since September 30.

Meanwhile, Daniel Candeias is back in the squad after serving his one-match ban.

McGregor is Rangers’ undisputed No.1 and should start against Livingston on Saturday.

Tavernier has improved leaps and bounds under Gerrard this season. He will look to continue his good run of form for the Gers.

Goldson has recovered from a viral fever that kept him out of the Motherwell game. He is Rangers’ defensive lynchpin and is a certain starter at the weekend.

Worrall brings physicality and power to Rangers’ defence. He would be looking to continue his good run of form.

For the left-back spot, Halliday could be given a nod ahead of Jon Flanagan on Saturday.

Ryan Jack withdrew from the Scotland squad due to a knee injury. However, he is expected to recover in time for Saturday’s game.

Arfield scored a brace in Rangers’ big win over Motherwell before the international break. The former Burnley man will look to get on the scoresheet again.

Ejaria adds a different dimension to the Rangers midfield. He will start on the left-hand side of the midfield three. 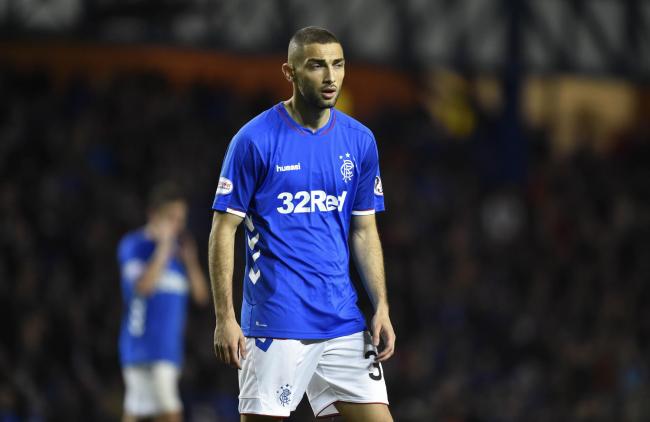 The Albanian managed to score twice against Motherwell and he will be looking to establish himself as a regular in manager Steven Gerrard’s side.

On the left, it could be Middleton, who will look to terrorise the Livingston defence with his raw pace and dribbling skills.

Read more: Opinion – It is time for Rangers boss Gerrard to hand this experienced veteran a run of games

Morelos just can’t stop scoring at the moment and that makes him a certain starter on Saturday. 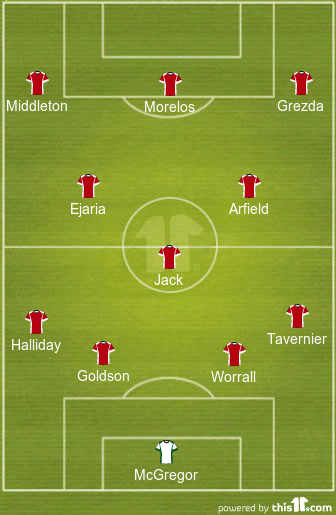