Predicted Sheffield United line-up to face Rotherham in the Championship

Sheffield United are back in the Championship as they prepare to visit Paul Warne’s Rotherham on Saturday.

The Blades have picked up four points in their last three Championship games and in a highly-competitive league, every point matters. Manager Chris Wilder will want to be in the reckoning for a playoff spot and expect his boys to claim all three points at the weekend.

Rotherham, meanwhile, are 19th in the table and will be looking to cause an upset on Saturday.

Chris Wilder is sweating on the fitness of defender John Egan, who sustained a calf injury while on national duty.

Henderson has established himself as United’s No.1 since joining from Manchester United on loan in the summer.

Basham has been a regular fixture in the Blades’ three-man backline and should start the game on Saturday.

With Egan a major injury doubt, Stearman could take his place in the starting XI. Stearman is an experienced defender who would look to keep things tight at the back.

A ball-playing centre-half, Connell can initiate attacks from the back and has natural defensive abilities as well.

Freeman is a versatile customer who will offer width down the right flank. He’ll look to whip crosses into the box.

Stevens has been a permanent fixture in the United team. He is a certain starter for the Rotherham clash.

Norwood exudes calmness in the midfield. He has top distribution skills and keeps United ticking by putting hard yards in the engine room.

Fleck could partner Norwood in central midfield. A tenacious midfielder, he will look to break Rotherham’s play and offer creativity to his team.

Duffy is the player who fantastically links the play between the midfield and the attack. For the No.10 role, there’s no one better than him in the team. 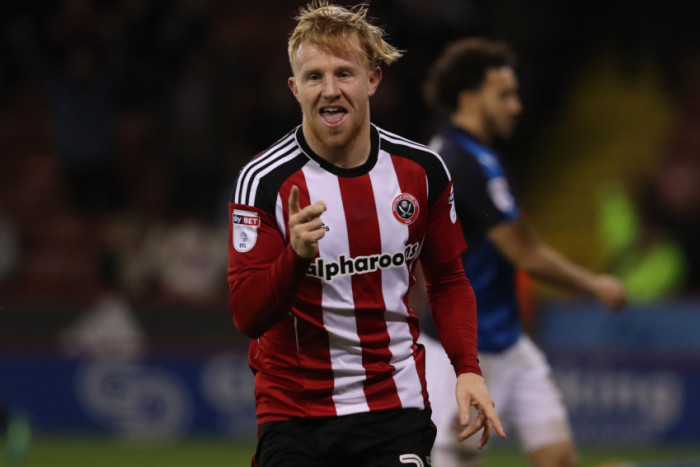 McGoldrick needs to be extra cautious as he is one booking away from suspension.

Sharp is United’s biggest threat going forward. He will look to help the Blades to a victory over Rotherham at the weekend. 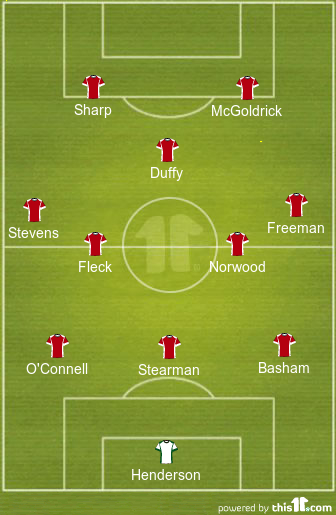