Derby County travel to the Hawthorns to face West Brom in the Championship on Wednesday.

The Rams returned to Championship action at the weekend with a big three points against Sheffield United. The 2-1 victory over Sheffield United helped Frank Lampard’s boys back into the play-off places.

Craig Bryson will miss the West Brom clash with a calf strain, while George Evans has had a minor hip problem that is going to keep him out.

Meanwhile, Wales midfielder Joe Ledley is set for a spell on the sidelines after undergoing a hip operation. Other than that, Lampard has no fresh injury problems.

Carson is the first choice in goal under Lampard and that’s not going to change when Derby face West Brom.

Bogle has been a disciplined performer so far this season. He has played well under the tutelage of Lampard and will be looking to continue delivering the goods consistently.

In the absence of Curtis Davies, Keogh has been Derby’s defensive lynchpin. He has mentored the young Fikayo Tomori as well.

Tomori has been impressive alongside Keogh at the heart of the Rams’ rearguard. With his composure on the ball and understanding of the game, the 20-year-old is a gem in the making.

An energetic presence at left-back, Forsyth offers width to the team and is adept at delivering delicious crosses in the box.

Johnson is a combative midfielder who is a tough-tackler and an excellent ball-winner.

Huddlestone is an experienced player who would provide stability in the midfield for the Rams.

Waghorn could once again find himself on the flank. He is a very good crosser of the ball and knows to keep hold of the ball in tight areas.

Mount has nailed down a regular place in the team with his consistent displays. He links the play between the midfield and the attack, and is always a danger in front of the goal. 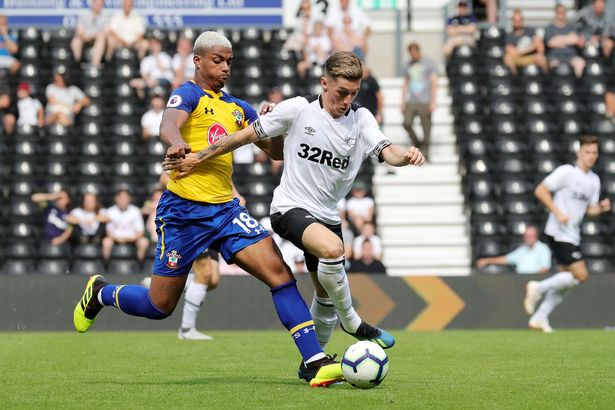 Wilson has been in good form since returning from his injury. He is a certain starter against the Baggies.

Derby’s man in form, Marriott has bulldozed his way into the starting XI with some eye-catching performances. Deadly in front of the goal, Marriott is certain to lead the Rams’ attack on Wednesday. 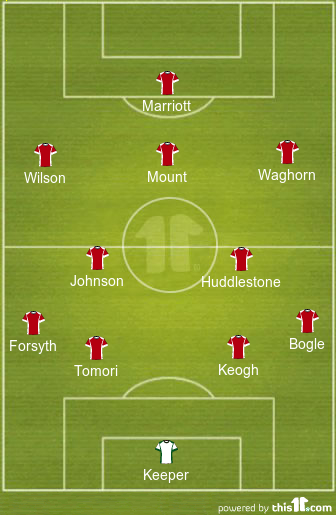