Predicted Hull City line-up to face Bolton in the Championship

Hull City would be aiming to find some positivity when they face Bolton at the University of Bolton Stadium this Saturday. The Tigers find themselves 23rd on the table, four points from safety after their latest defeat at Bristol City.

Nigel Adkins and his men need to do something different in the upcoming games if they are to lift themselves off the relegation zone. They face a Bolton side who are not in great form either. The Wanderers also lost their previous home game to Nottingham Forest. Hence, Hull should look to do better and possibly get a point or three.

Evandro and Jon Toral are long-term absentees, while James Weir, Angus Macdonald and captain Markus Henriksen may join first-team action very soon. Reece Burke was forced off injured against Bristol City and could be out for this game. 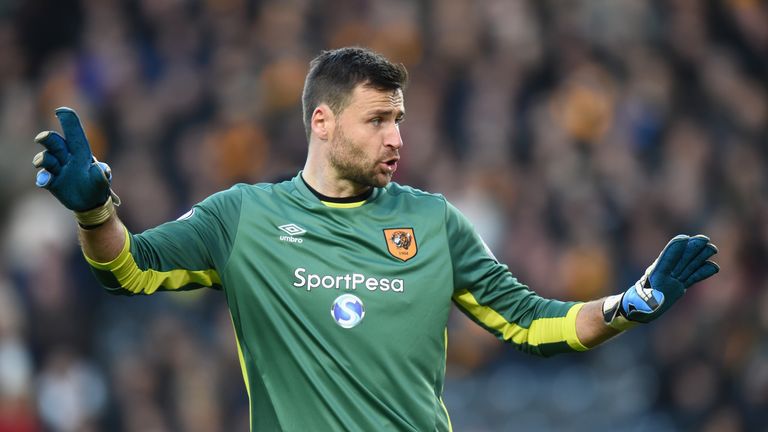 Marshall continues to impress in goal for the Tigers. Had it not been for his saves, Hull would be further down the barrell.

With Burke injured, we may see youngster Mckenzie start as a part of the back-three.

The loanee from Aston Villa continues to impress in Hull colours. He has become a leader at the back and is playing well.

He was forced off due to a head injury against Bristol, however, he should be fine to play this Saturday.

Kane has been very diligent in defending and tracking the runs, but he needs to get forward and help the attack more often than not.

The youngster has been in good form lately, providing the edge to the City midfield.

The Aussie was great against Bristol. Adkins would be hoping for more of the same on a consistent basis.

The versatile American is proving to be a key player for the Tigers. Expect him to continue in that vein when he faces Bolton.

Bowen has been slightly up and down in his performances, however, he is still the team’s top-scorer and is the main threat.

Martin improved after a very bad performance last week. The next step would be to score a goal and be a consistent threat to the opposition defenders.

The experienced Pole has been in good form since starting. He possesses a danger to the opposition whenever he gets the ball around the box. 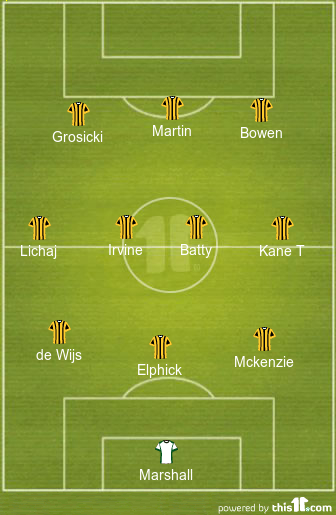