Predicted West Brom line-up to face Blackburn in the Championship

West Brom received a proper thrashing from Derby County last time out with Frank Lampard’s men triumphing 4-1 at the Hawthorns. Darren Moore’s men were way off the pace and were well beaten in what proved to be a reality check for the Baggies.

West Brom come up against Blackburn Rovers in the Championship this weekend and Moore will be aiming to get back to winning ways in order to maintain the pace at the top.

The manager was boosted by the return of Matt Phillips in the previous game. Dwight Gayle, Kieran Gibbs, Gareth Barry and Ahmed Hegazi are all major doubts for Tony Mowbray’s return to The Hawthorns.

Johnstone was unable to do anything in the last game as the Rams ran riot. The youngster will nevertheless keep his place in the squad.

Dawson has returned from injury but endured a torrid game last time out. He should start this game though.

With Hegazi a doubt for the game, Tosin Adarabioyo should get a start as a part of the back-three.

Bartley should complete the back-three as the Baggies aim for an improved performance at the back.

Phillips’ return will definitely be a major boost for Moore. He is one of their most potent threats.

After serving his suspension, Livermore should return to the squad for this game and deputise in the middle of the park.

Brunt has now slowly settled into the central midfield role. He should aim to maintain some consistency.

Conor Townsend should start in place of Kieran Gibbs, who is a doubt for this game. 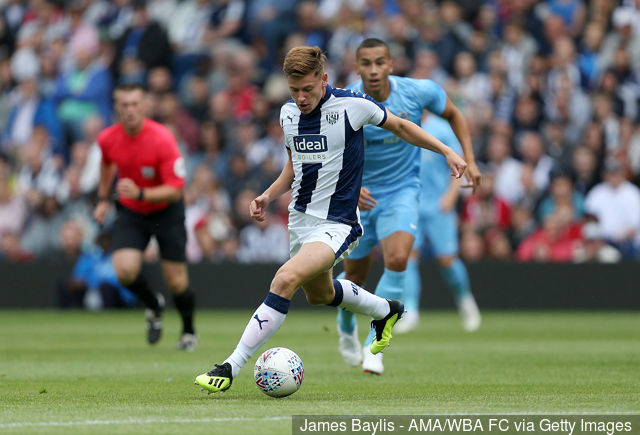 The youngster has proven to be a brilliant acquisition by the Baggies. He will sit behind the strikers and dictate the play.

Robson-Kanu should take the place of Dwight Gayle, who is doubtful for this game.

Rodriguez should start alongside Robson-Kanu. He has been in good form this season and that should continue. 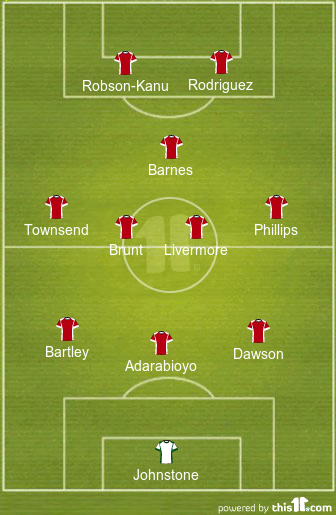