A 0-0 draw against Nottingham Forest helped Swansea City move into the playoff zone. The Swans were unable to get past a rigid Forest side but were not too shabby at the back. Graham Potter’s side will now be aiming to keep pace when they come up against a familiar foe in Stoke City.

Stoke City were also only able to come away with a draw against Sheffield Wednesday and are badly in need of a win as they edge closer to the relegation zone. Both managers could deploy a strong team.

Graham Potter will be boosted by the return of Bersant Celina and Jay Fulton, who both started the game against Nottingham Forest. They were withdrawn in the second half and received some additional rest. Apart from the long-term absentees, Graham Potter has no new injury concerns to worry about.

The Swedish international was benched against Nottingham Forest and should start this game.

The youngster has proven he is capable of playing multiple games in a short period and should be deployed in his favoured role.

The Dutchman has been a key presence at the back for Swansea this season and he will continue to lead from the back.

The young centre-back has impressed alongside Van Der Hoorn and the partnership should continue.

Olsson was benched for the game against Nottingham Forest and should return to the fold in this one.

McKay’s crossing and distribution have been fruitful for Swansea so far. Graham Potter will need the same against Stoke City.

The Scottish international has been crisp and simple with his passing in the middle of the park. He has also been very effective going forward. 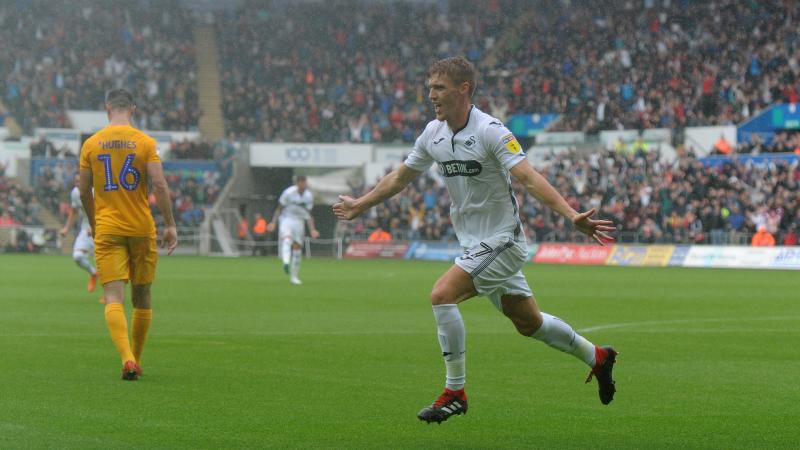 Grimes has impressed after being handed a regular role in the squad. He should start this game as well.

Asoro was brought on as a second-half substitute in the previous game and should start this one.

Celina has flourished under Graham Potter and has played a crucial role sitting just behind the striker.

Read more: Brilliant Grimes, Poor Dhanda – The best and the worst rated Swansea stars in the 0-0 draw vs Nottingham Forest

Swansea City’s leading goalscorer will be aiming to get one against one of the weakest defences of the season.