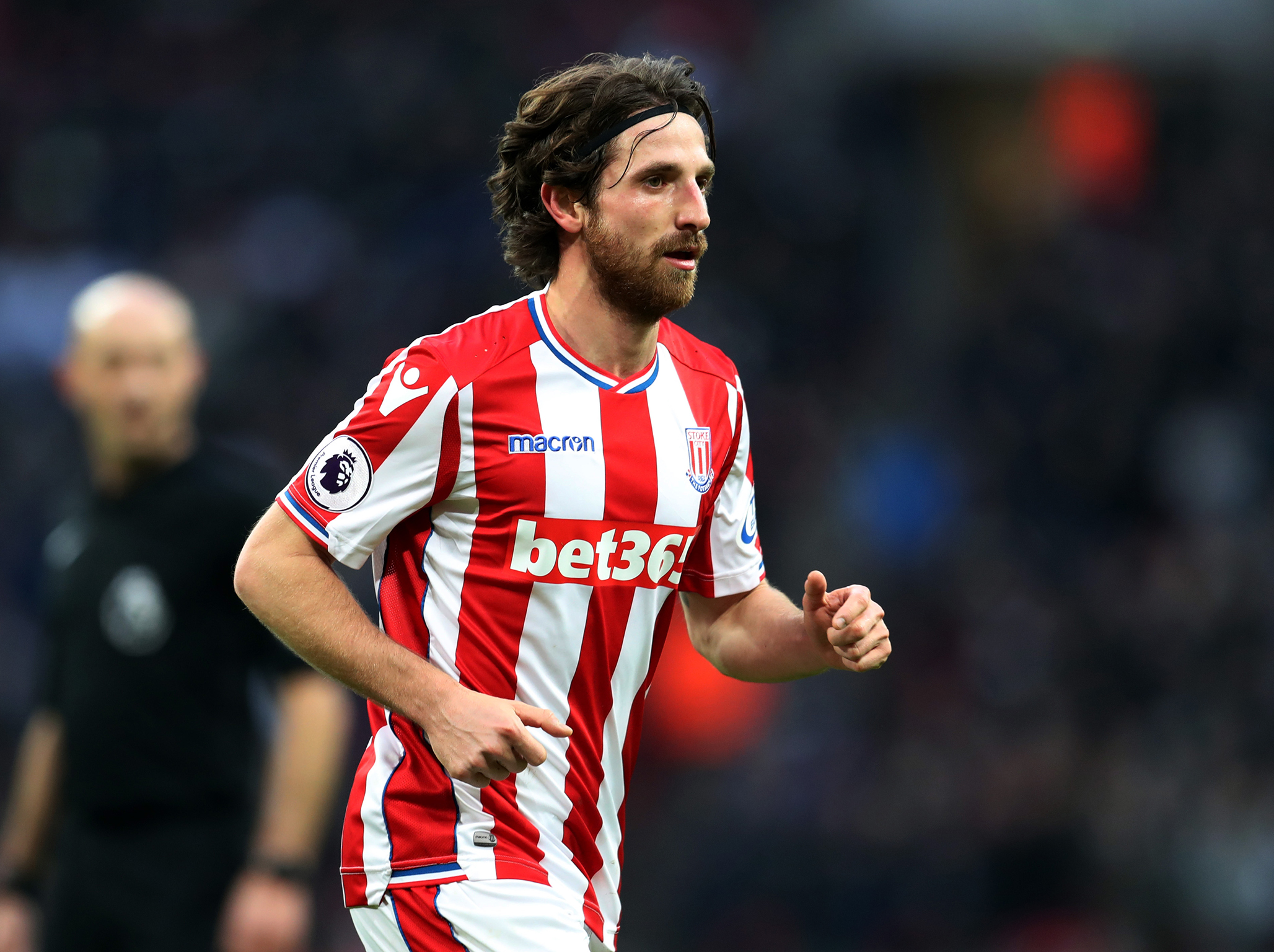 As per latest reports from the Sun, EFL Championship winners Wolves are planning a £20 million move to sign Stoke City midfielder Joe Allen in the summer transfer window.

Having earned promotion back to the Premier League courtesy of a scintillating season down in the Championship, Wolves want to prepare the side for the return to the English top-flight for the first time since 2012. And to that end, the club have identified Allen as a key ingredient in order to put up a strong fight in the top-flight.

The Wales international has been a bright spark in what has been a season of doom and gloom for Stoke City, with relegation to the English second division looming large over their head at this point in time. The club sit 19th in the Premier League table, with 30 points from 36 games – three points below 17th placed Swansea City.

However, Allen has managed to stand out for the Potters in a disappointing campaign, with 4 goals and 7 assists in 36 appearances across all competitions from the midfield.

The 28-year old may not be the most spectacular footballer on the planet but he gets the job done in the centre of the park with his endless bundles of energy and the ability to read situations. And as seen by his returns this season, he can also chip in with goals and assists regularly, making him a valuable asset to any team.

Wolves have a settled midfield partnership of club-record signing Ruben Neves and Romain Saiss while they might also sign on-loan Villarreal midfielder Alfred N’Diaye on a permanent basis at the end of the season.

However, apart from goalkeeper John Ruddy and to some extent, defender Ryan Bennett, none of the players on their books can claim to have experience in the English top-flight. While the youthful, vibrant squad consisting of the likes of Leo Bonatini, Diogo Jota, Helder Costa etc., got the job done for them in the EFL Championship, the Premier League will be a whole new ball game.

And a set of foreign players with little to no experience in the English top-flight, despite being enormously talented, are likely to find it difficult to cope with the demands and the rigours of the Premier League.

This is where the signing of Allen from Stoke will prove to be extremely beneficial for the second division champions. The 42-time capped Welsh international has spent most of his senior career playing in the Premier League, with the likes of Swansea City, Liverpool and now Stoke and has gone on to amass close to 200 appearances in the English top tier and has proven his pedigree at this level.

The 28-year old will bring his volumes of experience and know-how of the top-flight to the table, along with the leadership attributes and would also add more bite and tenacity to this Wolves midfield.

As mentioned earlier, Allen might not be the most awe-inspiring footballer, but his experience at this level coupled with his proven abilities, make him a worthy addition to the squad which is why Wolves shouldn’t hesitate to go all out for his signature ahead of their return to the top-flight.