Everton Opinion: Why Everton should not let Yerry Mina leave in the summer

According to Turkish newspaper Dirilis Postasi, Fenerbahce are looking at the possibility of signing Everton’s central defender Yerry Mina in the summer. The Turkish giants are having a terrible season so far and are stuck at 13th, just 4 points above the relegation places.

Fenerbahce will lose Martin Skrtel this summer as the former Liverpool warrior will be out of contract in June. Mina has been identified as a perfect replacement for the Slovakian and the report reveals that Everton will be open to a loan move in the summer.

The Toffees signed Mina from Barcelona after an outstanding performance with Colombia in the 2018 FIFA World Cup in Russia. The 24-year-old is under contract at Goodison Park till the summer of 2023 so a permanent move away is highly unlikely. Everton should not even consider a loan move for the Colombian and should build the defence around him.

Mina arrived at the Premier League suffering from a foot injury and missed the first 8 games of the season. The Colombian started 8 out of Everton’s 9 games from the second week of November but has since been used sporadically by Marco Silva.

The 24-year-old has started just 9 out of Everton’s 31 games so far this season. A move away for regular game time makes sense but the Toffees will be a making a massive mistake if they decide to let him go.

Mina, when settled and under the faith of his manager, has the potential to be one of the best defenders in the world in the coming years. His physical stature is everything a manager would want in a centre-back and his athleticism is a massive bonus to any side that has him. 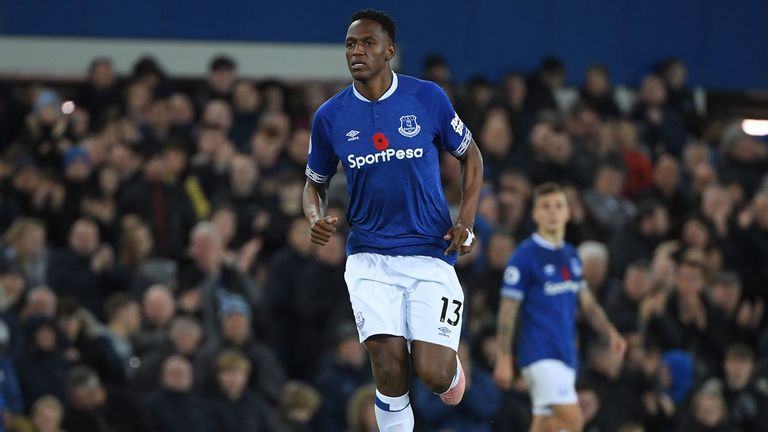 Mina can form an exceptional partnership with Michael Keane in the defence. With proper recruitments next season, he could help Marco Silva’s side achieve their ambitions of qualifying for Europe.

With a consistent number of games under his belt, the Colombian could become a leader for the Toffees. At 24, Everton have a top player in their hands for the best part of the next decade.

Everton and Marco Silva will be making a massive blunder if they decide to let Yerry Mina go in the summer. If the Colombian does leave, Everton will be left with just Michael Keane as their solid centre-back.

With Jagielka ageing, Zouma set for a return to Chelsea and Holgate highly inexperienced, a rash decision on Mina’s future can cost Everton dearly and is one they should stay away from in the summer.