Fulham marked their long-awaited return to the English top-flight by going on a massive spending spree thanks to the deep pockets of owner Shahid Khan. With more than 10 new players being signed either permanently or on loan, there were huge expectations from this Fulham team.

While the fans would have been revelling their happiness during the first few weeks, the reality of the premier league is slowly starting to show on these Fulham players.

All seemed fun and well until their talisman Aleksandar Mitrovic’s form dropped off a bit. Since the start of November, he has only scored in one match – getting a brace in the 3-2 win over Southampton towards the end of November.

Considering the amount of money spent and the names brought in, this has been an underwhelming season so far for Ranieri’s men. 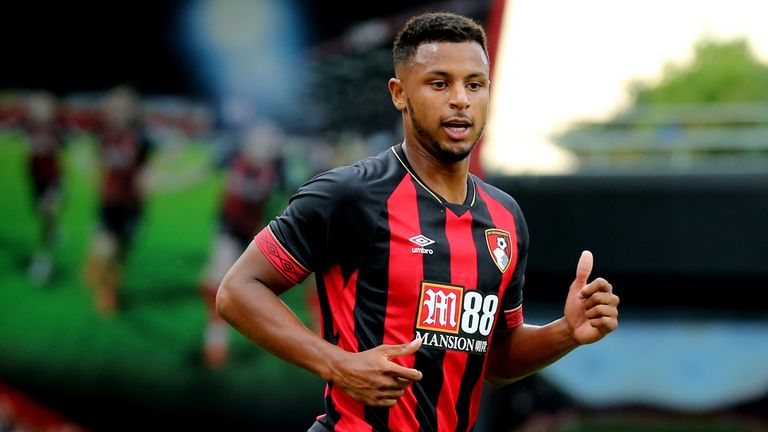 Lys Mousset is a French forward who was signed by Eddie Howe of Bournemouth from French club La Havre in 2016. He is a mobile centre-forward who gets around the pitch with ease. Capable of bullying and running past the defenders, he hasn’t been able to display the complete portfolio of his skills in the red and black of Bournemouth.

Having made only 9 substitute appearances in the premier league so far, he is yet to score in that competition. His lone goal for Bournemouth came in the EFL cup against MK Dons at the end of August.

With Mitrovic already available to them, Mousset is probably not the kind of striker that Fulham need. A player who can complement the playing style of Mitrovic would be the ideal target. A pacy forward who can dribble the ball and create spaces for the likes of Mitrovic and Schurrle to run into would be a better bet.

Mousset has various attributes that are quite similar to Mitrovic and would hence fit better in a team that needs a target man rather than a little forward who can get the players around him playing.

Since he is unproven, going for Mousset at this stage will be a massive risk from Ranieri and he isn’t the kind of manager to make a move like that in the middle of a season. If Fulham spend further in the winter window, it should be on a player who would support Mitrovic up front and make the lives of the Fulham midfield players and wingers easier than it’s been.

Considering their defensive record, Fulham should focus on strengthening the defence before splurging the cash on another extravagant transfer.