According to reports, Liverpool are considering making a move for Colombia defender Yerry Mina. The 23-year-old signed for Barcelona from Palmeiras in 2017 but has struggled for regular first-team action under Ernesto Valverde at the Nou Camp.

The central defender scored three times in as many appearances for Colombia at the World Cup, including the stoppage-time equaliser against England on Tuesday. However, Colombia lost to England on penalties but Mina’s performances didn’t go unnoticed.

Considering his impressive displays in the World Cup, Tottenham Hotspur must make a move for Mina this summer.

Colombia’s start to the World Cup wasn’t according to the scripts as they had a player sent off after just three minutes against Japan.

Tottenham Hotspur’s Davinson Sanchez struggled at the back alongside Oscar Murillo as Japan snatched a 2-1 victory to push Colombia onto the backfoot in Russia. 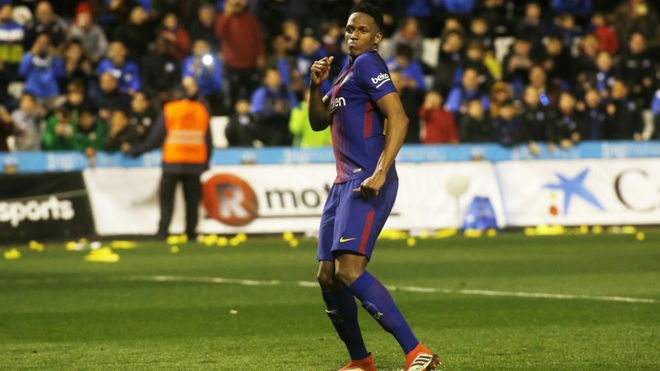 Come the next game against Poland, Colombia needed a win to stay in the World Cup. Jose Peckerman brought in Mina to partner Davinson Sanchez in central defence, which resulted in Colombia winning the game 3-0.

Mina was on the scoresheet and he followed up with another colossal performance against Senegal, scoring a towering header late in the game to book Colombia’s place in the last 16.

After the first game against Japan, it appeared as if Colombia were heading home but credit to Peckerman’s boys for turning around their fortunes with Mina playing a crucial role. The Barcelona boy scored against England too but couldn’t help his team get past the round of 16 as he had pulled his hamstring and had to be substituted in extra-time.

Tottenham are at a risk of losing their star defender Toby Alderweireld this summer with Manchester United interested in signing him. Contract talks with the club appear to have hit a snag and Spurs must surely look to cash in on Alderweireld.

The Belgian’s departure would create a big hole in the defence, which Mauricio Pochettino could fill with the addition of Mina, who has failed to make an impact at Camp Nou after joining the club in January. 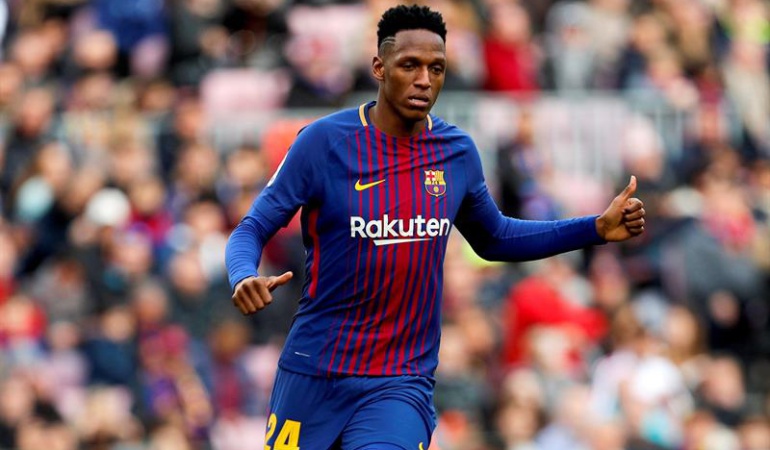 Mina, who is 6ft 4in tall, would be a quality addition to Tottenham. He is strong, tall, powerful and would be a perfect partner for Sanchez in defence.

As part of a three, the Colombian could also work excellently with Sanchez and Tottenham’s defensive lynchpin, Jan Vertonghen. Also, Mina is no slouch on the ball and loves to maraud forward, which is sure to appeal Pochettino.

Read more: Go for it Poch – Tottenham signing this £24.5m Euro star could be the right step towards PL glory

The Colombian powerhouse could be the missing piece at the back in order for Tottenham to challenge for the title and going by his World Cup performances, Pochettino should not hesitate to get a deal for Mina over the line.