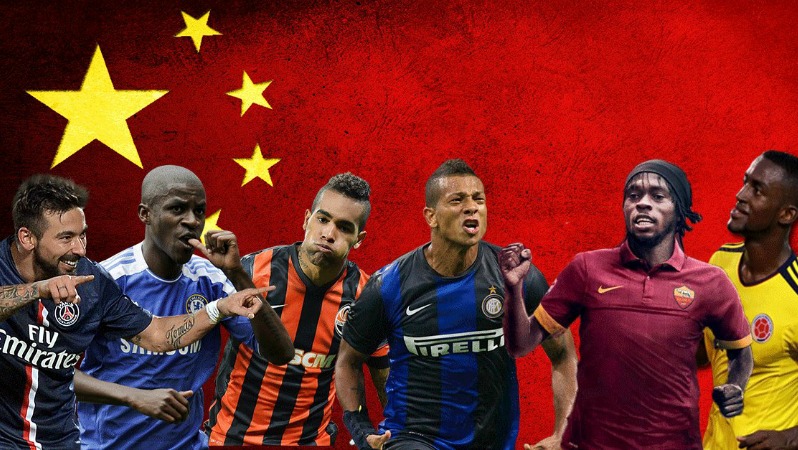 The World Cup is the biggest tournament in the sporting world and it should come as no surprise that billions watch the event. While the likes of France, Germany, Brazil and even Belgium were expected to lift the trophy, the tournament has provided numerous surprising results.

Germany losing to Mexico or Russia defeating Spain might look great on TV and for fans but a number of supporters face issues when it comes to betting.

A report from the Star claims that China has spent a whopping 28.6 billion yuan in just three weeks of the competition, almost double what was spent in 2014.

The figure does not even take into account illegal or underground betting and rather unsurprisingly, people have lost loads due to the surprise results.

Li Feng, a gambler, who also runs a fried chicken outlet lost 1,000 yuan after Germany lost to South Korea and even claimed no one would have bet on the Asian side.

Li is right to an extent and with many facing similar issues some estates in the country have also closed their rooftops in fear of suicides that could take place, an issue that has been highlighted across the globe.

Betting is integral to sport these days

Betting has become an important part of football as many take part in predictor games to test their football knowledge. The lure of decent returns, especially when backed by stats and historical figures is too good to resist and with the advent of apps, betting has become easier.

It just takes a couple of steps to actually make a bet on such apps:

1) Check out apps or websites for predictions about the result you want such as Whoscored, ScoreBing, Dong Qiu Di, DS ZUQIU etc.

Relying on these apps for results is a catch 22 situation. On the one hand, these apps provide in-depth knowledge to make a decision but as with every sport in the world, football is unpredictable and even with stats, you could get surprising results.

Simply blaming the apps or betting for the suicides is unfair. Sports is about passion and sometimes people do take it to an extreme but we hear about deaths related to betting all across the world, it isn’t limited to just China.

The famous economist Song Qinghui pointed out that behind seemingly fair gambling, there are actually multiple “traps” of black market makers. In order to ensure that gamblers must lose every gamble, the “odds” are set after careful analysis by their large team of mathematicians and actuaries. At the same time, in order to cater to the psychology of some gamblers “getting rich overnight,” the gambling black market operators have set a very high loss ratio, causing some investors to take risks in blocking the ball. If you win, you still want to win. If you lose, you want to turn it over, so that the gambler can never stop and eventually falls into the quagmire.

Due to the state’s strict investigation and punishment of the use of the Internet to sell lottery tickets by organisations and individuals such as network companies, some APP and lottery websites have been unable to purchase sports lottery tickets shortly after the start of the World Cup.

Bet gambling is in line with the behavioral characteristics of gambling crimes in Criminal Law. As long as the filing criteria is met, criminal responsibility is also pursued. Those who participate in online gambling or organised gambling during the World Cup may be sentenced to imprisonment for up to three years and fined, or imposed administrative punishment for public security detention.