Derby County took the lead when a half-cleared corner fell to the feet of Wales international Joe Ledley, who fired his shot into the top corner from the edge of the box. Moments later, Tom Lawrence doubled the Rams’ lead as he rifled his free-kick past Bartosz Bialkowski in the Ipswich goal.

Paul Hurst made a late change to try and get something out of the game but the Blues ultimately fell to defeat at the Pride Park.

Carson barely had anything to do other than gather a tame effort from Grant Ward. He was tested after the break a couple of times though, but Carson stood tall and kept a clean sheet.

Keogh was not comfortable in bringing the ball out from the back and he was forced to pick up a booking for a foul when he gave away possession.

Unlike his central defensive partner Keogh, Tomori was accomplished in possession and defended very well, especially after the break.

On the left-hand side, Forsyth showed good energy as he worked diligently and linked up well with Tom Lawrence.

Evans’ league debut for Derby came to a premature end as he was forced off midway through the opening period. He appeared to land awkwardly and twist his knee as he went for the ball. Such a shame!

Bryson had a good chance in the opening minutes of the game but his shot went high. He was highly involved in the game, making some defence-splitting passes. A really good midfield show from Bryson. 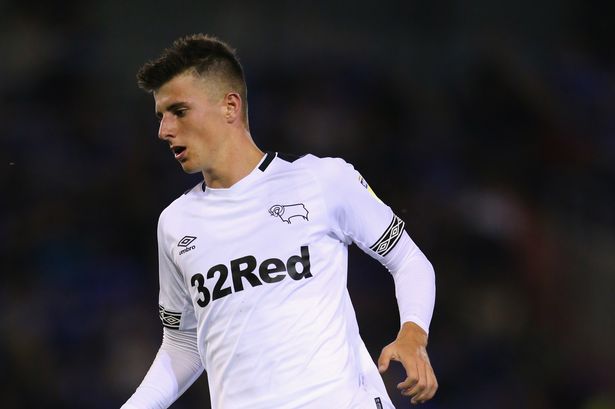 Mount glanced an effort just wide after the break and always looked for the forward pass. The youngster showed his skill yet again and continues to be an indispensable figure for Lampard.

Bennett was a constant menace for the Ipswich defenders and could have grabbed a first-half assist had Nugent scored from the edge of the area.

Another top performance from Lawrence. He was pulled down just outside the area and elected to take the free-kick himself. Lawrence drove the free-kick too hard for Bialkowski to handle.

Nugent did go close in the first half but his effort went past the post. Worked extremely hard without the ball and led Derby’s attack pretty well.

He replaced the injured Evans and opened the scoring with a peach of a strike after the break. It was a sweet strike but went past the goalkeeper via a deflection. Other than the goal, Ledley showed great energy in the midfield and broke up opposition’s play quite a number of times.

Replaced Bennett with 20 minutes left and gave a glimpse of trickery as he danced past a couple of defenders.

He came on to the pitch with barely 10 minutes left in the game. Before Marriott could do anything, time simply flew by.