Scottish giants Rangers have completed their 5th signing of the summer, with defender Connor Goldson joining the Light Blues from Brighton & Hove Albion, according to Sky Sports.  The report claims that the player has joined the club for a fee in the region of £3m.

Rangers have been hyperactive in the ongoing summer transfer window. Having finished third in the Scottish Premiership last season, the Gers are keen to bounce back and challenge champions and arch-rivals Celtic next term. And in order to do that, they have appointed Liverpool legend Steven Gerrard as their new manager.

Since the former England captain took over the managerial reins at Ibrox, the Light Blues have brought in four players – Scott Arfield, Allan McGregor, Jamie Murphy and Ovie Ejaria, with Goldson being the 5th summer signing.

The 25-year-old started his career at Shrewsbury Town and went on to make 120 appearances for the club before joining Brighton in the summer of 2015. Having moved to the South Coast club, Goldson has found playing time difficult to come by.

His tally of 24 appearances in his debut campaign remains his best, although the lack of games during the 2016/17 season had a lot to do with a serious heart condition that was detected in February last year, for which he had to undergo surgery. 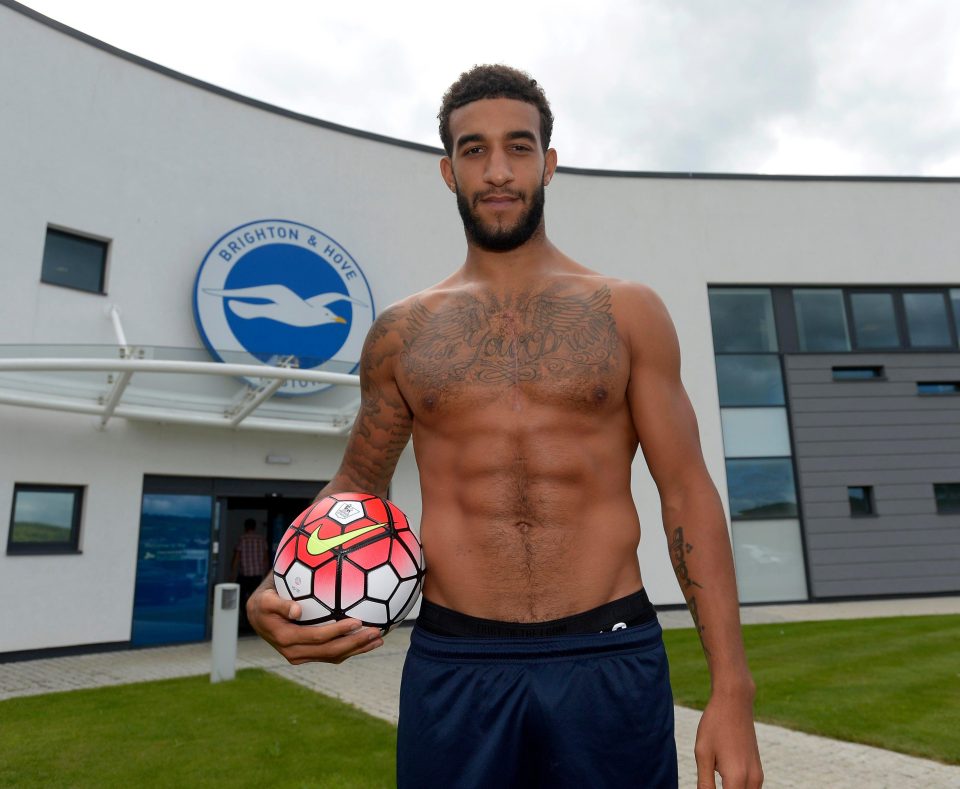 Goldson made a remarkably early comeback in July that year in a friendly but found himself behind the centre-back pairing of Lewis Dunk and Shane Duffy under manager Chris Hughton. The Englishman finished the 2017/18 campaign with just nine first-team appearances, including his Premier League debut in a 1-0 win over Watford just before Christmas last year.

The 25-year-old might not have played a lot of football last term but he is someone, who will add a lot of value to the Rangers side. A modern-day centre-back, Goldson is a physically imposing defender, who also happens to be mobile and more than comfortable on the ball.

He is someone who relies on his ability to read situations and prefers to stand his ground and snuff out threats, rather than diving into tackles.

Goldson might not be the most dominant in the air but makes up for it with his strength and physicality. He makes life difficult for the forwards by sticking tight to them and not affording any space to get their shots away.

Goldson is comfortable carrying the ball out from the back and can build up play with short passes into the midfield area or by playing long diagonals out on the flanks.

At 25, he has his best years ahead of him and he has gathered enough experience to make a difference to the Gers’ leaky defence once he joins up with the squad.