Why Manchester United should definitely go for Faouzi Ghoulam

According to the Manchester Evening News, Manchester United are interested in signing Napoli left-back Faouzi Ghoulam. The report suggests that the Red Devils offered up to €45million for the Algerian defender.

But Napoli are very much to keen to keep hold of one of their best players in the team. Although Jose Mourinho’s side have made a dreadful start to their season and are in dire need of some replacements.

The Old Trafford side are currently languishing way below the top four, with the atmosphere being toxic and performances being below par over the last few weeks. Manchester United should definitely press harder for the Napoli left-back.

United currently have just Luke Shaw as their experienced full-back on the left-hand side and with Diogo Dalot still finding his feet, the Red Devils could use another top quality left-back in their squad. Not only would Ghoulam provide extra depth and cover, but he could completely make the role his own if Shaw was to once again succumb to an injury.

The Algerian is one of the most sought-after full-backs in the world and is considered one of the best in Europe. Since joining the Italian outfit in 2014, he has gone on to make a total of 110 appearances in the Serie A, playing a crucial role for his team.

Aged 27, Ghoulam possesses a number of qualities to flourish in the Premier League and especially under Jose Mourinho. He is a determined full-back who possesses the drive and energy to keep things simple at the back.

He is capable of functioning as a left wing-back as well, given his pace and ability on the ball. The 27-year-old is also immaculate with his range of passing. He is capable of creating an ample number of opportunities down the flank. Ghoulam is known for his devilish deliveries into the box as well. 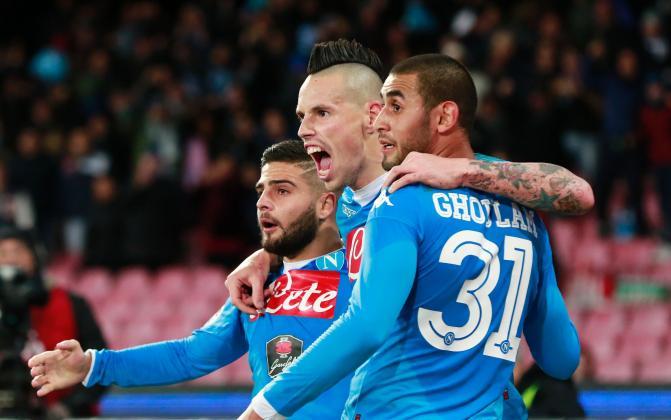 For a full-back, the Algerian is also pretty good in the air and can hold his own at most times. What makes him even more enticing is his superiority in dead-ball situations. Mourinho will have a new set-piece specialist in his ranks as well.

Manchester United should definitely do everything they can to bring in the talented Algerian in January. Things can still be salvaged at Old Trafford this season and Ghoulam’s arrival should see some immediate changes.