According to a report from the Derby Telegraph, Derby County are in pole position to sign Hearts’ defender John Souttar. The report reveals that Glasgow Rangers are also interested in the 22-year-old but Derby are ahead in the pursuit and should get him in the summer.

Derby were previously linked with the young defender but a deal failed to materialise in January 2018. However, with a paltry price tag of £5million and with the youngster admitting his desire to move to England, Derby could have a real gem on their hands at the start of next season.

Frank Lampard’s hopes of making it to the playoffs have been dented with their recent form. The Rams have won just 2 of their last 5 games in the Championship but thankfully for them, they are still 6th and have a massive chance of making it with just 3 games left to play. However, with fellow Championship club Aston Villa on a roll with 5 wins in their last 5 games, Derby do not have it easy in the playoffs and if things don’t go their way, they will find themselves in the second tier for another season.

Irrespective of what league they’ll be in next season, Lampard will have a massive headache with his defence. Curtis Davies, Efe Ambrose, and Richard Keogh are all on the wrong side of thirty and star defender Fikayo Tomori could be back at Chelsea after the completion of his loan deal.

The Rams will struggle again if they fail to address their defence in the summer, especially if they manage to win the playoffs and get into the Premier League. Signing John Souttar will be a masterstroke by Frank Lampard and he could solve their issues at the back.

Despite being just 22 years old, Souttar was given the armband early in the season, where he showed real maturity and leadership at the back. The youngster suffered a hip injury, which cost him 13 games this season but he has been a consistent starter since his return. 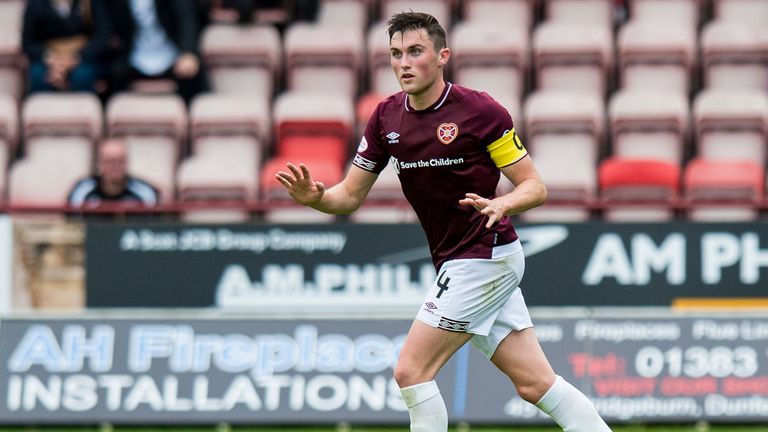 The young Scotsman uses his 6 feet 2 inches frame to good effect in aerial duels and his use of the body to bully the opposition attacker has helped Hearts regain the ball very quickly this season. He is fairly agile, despite his size and is a fantastic tackler, who will be a fine fit in the English game.

Derby County desperately need some young blood in their ageing defence and John Souttar is a perfect fit.

His leadership and quality at such a young age will make him a fine addition to their squad and under Frank Lampard, he would reach new heights to help both Derby and himself to greater heights.