According to a report from Calciomercato, Tottenham Hotspur were interested in signing Napoli starlet Amadou Diawara and were even willing to pay €40million this summer. However, new Napoli boss Carlo Ancelotti rejected Tottenham’s proposal as he wanted to work with Diawara.

Tottenham’s three-match winning streak was ended by the 2-1 defeat that came at Watford prior the international break. Before losing at the hands of Watford, Spurs boasted of a perfect record in the league with three wins out of three.

However, the game against Watford exposed the north Londoners ruthlessly and most glaringly, raised a few questions about Mauricio Pochettino’s squad depth.

Pochettino failed to land a single player in the summer transfer window and although Spurs enjoyed a brilliant start to the new campaign, the setback at Watford and Liverpool should encourage him to alter his plans in January. Thus, Spurs must bring in reinforcements to bolster the squad in January and Pochettino’s primary task would be to sign a replacement for Mousa Dembele.

Dembele has started showing signs of slowing down and looked completely out of sorts in the defeat against the Hornets. The Belgian has been a reliable performer for Spurs over the years but at 31, Dembele has lost the feistiness and the sudden acceleration of pace which he was famously known for in his peak years.

Keeping that in mind, Tottenham must try signing Diawara in January to replace the ageing Dembele. Eric Dier continues to blow hot and cold, while Victor Wanyama’s Tottenham career has been blighted by various injuries.

With Moussa Sissoko hardly more reliable and Harry Winks still working his way back into the team, a move for Diawara would make complete sense once the transfer window reopens.

Diawara is one of Europe’s most sought-after youngsters and has been developing pretty well in Serie A. He moved to Napoli in the summer of 2015 from Bologna but because of the presence of established players at the club, the 21-year-old has found regular first-team football hard to come by.

However, Diawara performed extremely well at Napoli whenever he was given a chance by former manager Maurizio Sarri. At this point in his career, Diawara needs to play regularly and Tottenham would be ideal for his development.

Pochettino is renowned for nurturing young talents and Diawara, an all-action midfielder, could take his game to the next level under the Argentine manager. 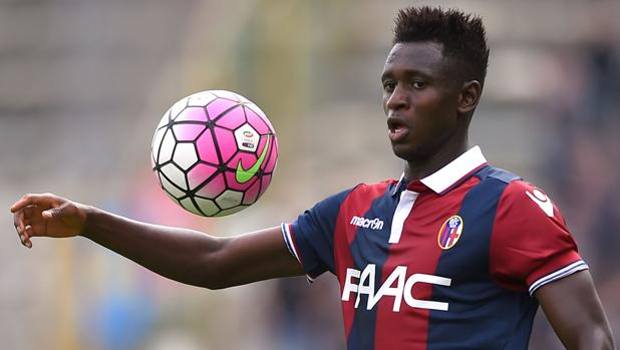 Diawara is calm and composed on the ball and can dribble his way out of tight situations. His technique is solid, which allows him to receive the ball effectively and run the show from the base of the midfield. The 21-year-old is adept at stopping attacks from a deeper position and also possesses the vision to find his teammates up front with crisp through balls.

The Guinean has shown the energy and the eagerness to burst forward with pace, although he tends to stay in his position and stop the attacks. Also, Diawara can link up with his teammates with quick one-twos.

Read more: Here are 3 ideal January destinations for Tottenham’s out of favour English star including Liverpool

Diawara is a midfielder with immense potential and has all the makings of a future star. So, signing the 21-year-old ace from Napoli could do a world of good for Tottenham and Pochettino must not leave any stone unturned to sign him in January.