Letting go of Nemanja Matic and Diego Costa will easily go down as one of the many reasons why Antonio Conte failed in his second season at Chelsea. While there were other issues, the two stars were arguably the biggest mistake Conte made and while he did bring in Alvaro Morata and Tiemoue Bakayoko to replace them, things just haven’t gone the same.

Morata, for all his failures, did manage to score goals every now and then, but Bakayoko on the other had failed to impress at all.

The 24-year-old arrived at Stamford Bridge for £40m after a brilliant spell at AS Monaco, where he became a defensive colossus during Leonardo Jardim’s title-winning season. While the likes of Kylian Mbappe, Bernardo Silva, Radamel Falcao and even Thomas Lemar won plaudits, many critics believed that without Bakayoko’s presence in the midfield, things wouldn’t have been the same. 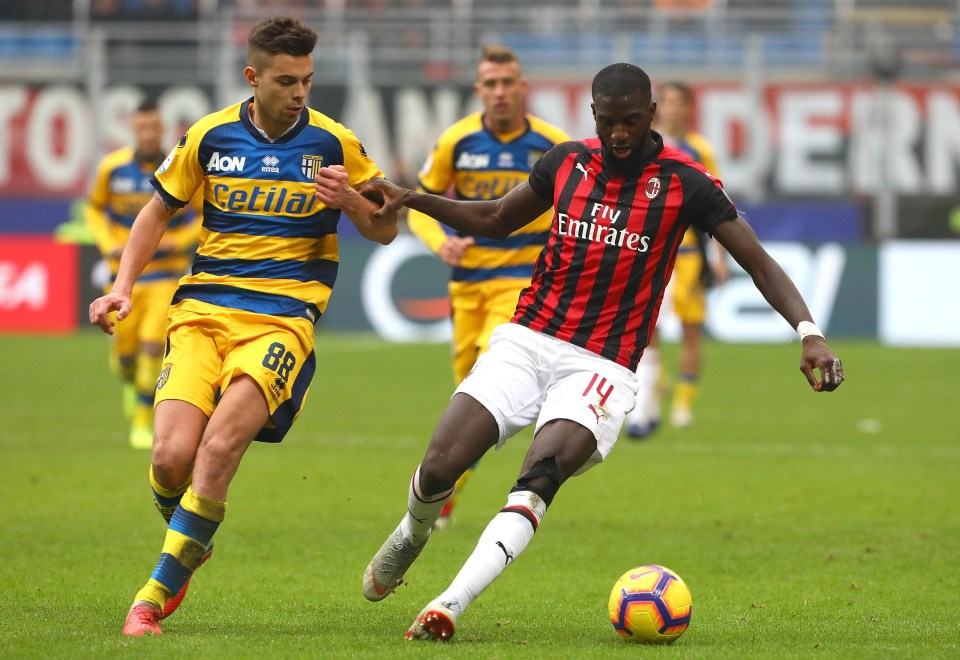 That’s exactly why amidst many other reasons that Chelsea targeted the 24-year-old as their next great defensive midfielder but he couldn’t sustain. The Frenchman struggled to replicate the form and performances that made him so valuable, so much so that he was eventually loaned out to AC Milan.

His lack of form continued before something changed in Tiemoue Bakayoko, with the 24-year-old now at his very best. The Daily Mail has revealed that the Frenchman wants to stay at AC Milan and the club themselves want the 24-year-old to stay. Three consecutive man of the match awards, which includes a match-winning performance against Parma, and the tides have turned.

While the Blues are struggling at the moment, it’s their duty to allow Bakayoko to end his torrid spell at the club because he was never wanted at the club, not by Antonio Conte or now by Maurizio Sarri. So why let him continue being there and send him out on multiple loan spells when there is a side that really wants Bakayoko?

Read More: Chelsea have missed a golden chance to sign PL star and fill the void left by Fabregas’ departure

Somehow under Gennaro Gattuso, Tiemoue Bakayoko has rediscovered the best within himself and turned himself back into a defensive colossus for the Rossoneri. Few Chelsea fans watching him will now not want him at the club but in all likelihood, if he does return, Bakayoko will struggle to find his place in the Chelsea side.

There are midfielders more experienced and better who are in the pecking order at Chelsea, which means that any return will be met with bench warming. For someone in his prime, that isn’t enough game-time and thus it makes no sense keeping Tiemoue Bakayoko at the club.