Why Liverpool should target Dortmund star Raphael Guerreiro in summer

Alberto Moreno has become something of a forgotten man at Liverpool. The Spaniard joined Liverpool from Sevilla in 2014 for £12m, during Brendan Rodgers’ reign. Moreno certainly has had his moments but never been able to establish himself under Jurgen Klopp, who has started him twice in the Premier League this season.

Alberto Moreno has delivered some questionable performances over the years and the arrival of Andy Robertson has seemingly killed the Spaniard’s Liverpool career. And in December 2018, the left-back revealed he wanted to leave Anfield after falling out of favour under Klopp. While a January move didn’t happen, a Liverpool exit in the summer looks highly likely for Moreno.

With chances of Moreno going out of the club at the end of the season, a new cover at left-back will be necessary for the Reds and Klopp would be wise to target Borussia Dortmund star, Raphael Guerreiro.

Raphael Guerreiro, 25, has been a crucial cog of the Dortmund team that is currently holding a seven-point lead at the top of the Bundesliga table. The Portuguese looks to have found an extra gear to his game under Lucien Favre, managing 5 goals and 5 assists in all competitions this season.

Equally efficient as a left-back, left wing-back and on the left wing, Raphael Guerreiro has been used more in an advanced position by Favre and the 25-year-old has repaid the manager’s faith. The Portugal international’s calmness in front of goal shows just how natural he is going forward, and that could suit Liverpool ideally.

At Liverpool, Raphael Guerreiro would challenge Andy Robertson, arguably the best left-back currently in the Premier League, for a spot in the first-team. Guerreiro would not only be an upgrade on Moreno but would also offer more defensive stability to the Reds. 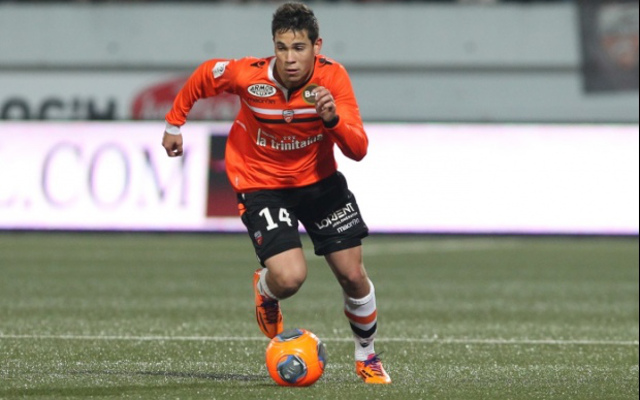 The pacy, attack-minded Portuguese operates at a very high intensity and has venom of a left foot that has already delivered some fantastic goals this season. Guerreiro has dished out consistent displays in Dortmund colours this season and his defensive work rate will be highly appreciated by Klopp.

Read more: Do it Klopp – A loan move for this hugely talented 19-year-old Liverpool prodigy is the right step at the moment

Hence, it’s a no-brainer for Liverpool to let go of Moreno in the summer and replace the Spaniard with Guerreiro, who has all the attributes to thrive under Klopp.