According to a report in the Scottish Sun, Spanish side Alaves want to sign Celtic centre-back Jozo Simunovic during this summer’s transfer window.

The 24-year-old has a contract until 2021 and will cost the La Liga side around £4m (h/t Scottish Sun). His career at Glasgow has been marred with injuries. But in Dedryck Boyata’s absence, he has been a mainstay at the back for the Hoops.

Simunovic, who arrived in Celtic back in 2015 from Dinamo Zagreb for an undisclosed fee, has made 29 appearances this season, most of them coming in the latter half.

Neil Lennon’s men, who will be chasing the domestic treble this weekend, have already lost Boyata this summer (h/t Daily Record). Here’s why they mustn’t let that happen with Simunovic:

Celtic cannot afford defensive crisis ahead of next season

With Boyata gone, Celtic are already very tight with their centre-back options. They have Kristoffer Ajer and Jozo Simunovic as the first-choice pairing, with Filip Benkovic as a backup.

So, if the Hoops commit a mistake of selling Simunovic, they will be down to having only two fit centre-backs in the squad. That, in turn, may force them into buying a new player in that position this summer, which wouldn’t be ideal.

Therefore, the sensible thing to do would be to guard off Alaves’ interest in the 24-year-old and keep him. Furthermore, Simunovic has been in decent form since taking over Boyata’s place in the last two to three months.

His Celtic career has been injury-plagued, but a consistent run of games in the latter half of this season must have helped him in a big way. So, Neil Lennon and his men must use that positivity and make the player their first-choice centre-back from the start of next campaign. 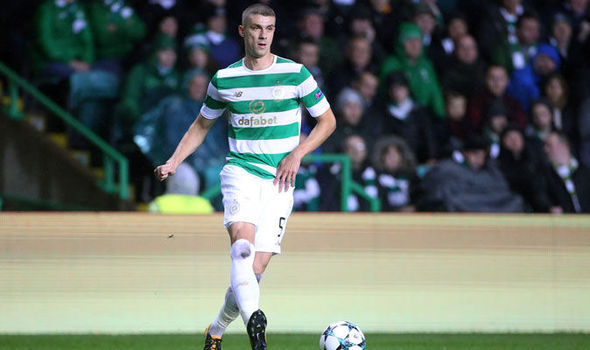 Hence, the Scottish Champions have no reason whatsoever to let Jozo Simunovic leave this summer. They must be vehement in rejecting Alaves’ interest in the player.