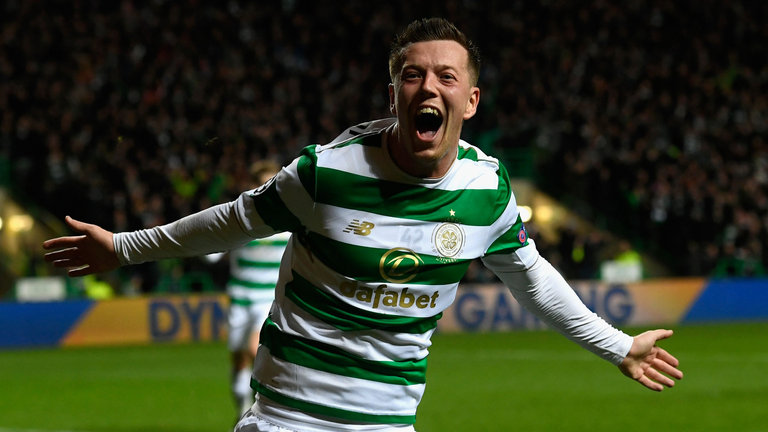 Celtic took a step towards progressing to the next stage of the UEFA Europa League as they defeated Russian outfit Zenit St. Petersburg 1-0 in the first leg of their Round-of-32 clash at the Parkhead on Thursday night.

It was a game in which the Scottish champions were easily the impressive side and deserved the win over a sluggish Zenit side. The victory was delivered when midfielder Callum McGregor struck a wonderful strike in the 78th minute, giving them a crucial advantage heading into the second leg against Roberto Mancini’s side.

Here’s how the Bhoys fared on the night:

First appearance in Europe following the loss against Barcelona. Did well for most parts, keeping out Zabolotny with a strong stop in the first half.

The experienced Swede had a solid outing at the back. Did not give Zenit a sniff at goal and played out well from the back.

After a poor display against Partick Thistle, the Bosnian stepped it up against the Russians. Was a steady, no-nonsense presence at the back, pulling off some key blocks.

The young centre-half continues to impress in what was another strong and composed display. Exuded great calm and composure with the ball at his feet and was alert defensively.

A mature display from the left-back, who combined his aggressive forward play with solid defensive nous and alertness at the back.

Did what he does best; winning the ball back and snuffing out any threat from Zenit in the middle of the park on numerous occasions. A commanding display.

Handed a rare start in the midfield, the youngster grabbed his opportunity with both hands. Strong in challenges and comfortable with the ball, it was an impressive display.

Was a livewire going forward, as he troubled Domenico Criscito plenty on the right-hand side. Had a number of shots at goal blocked. Tracked back effectively.

Worked tirelessly throughout the game to keep his team on the front-foot. Caused plenty of problems to the Zenit defence and then stepped up to strike the winner with a stunning effort late in the second half.

Starting on the left-hand side for the Hoops, the former Manchester City man came close to opening the scoring but his effort went just wide. Brought the energy, drive and power to the game and was a positive presence.

Hadn’t been quite at his best in recent weeks but put in an improved display against Zenit. Was lively, his link-up play was quite sharp throughout, however, he seemed to run out of gas late in the game.

Replaced Kouassi in the 73rd minute and got the assist for McGregor’s goal.

Came on for Dembele for the final few minutes.