Manchester City are reportedly interested in a sensational summer move for up-and-coming Sporting CP starlet Rafael Leao. The teenager has been quite a noteworthy figure for the Portuguese club this season and Pep Guardiola is keen to snap him up on a transfer before the competition to acquire his signature intensifies. Leao has also put in some eye-catching performances in the UEFA Youth League and it will be interesting to see if Guardiola can convince Sporting CP to let him leave.

While Leao does seem like an attractive prospect, is he good enough for City to pursue? Let’s take a closer look at his profile.

Born in 1999 in Almada, Portugal, Leao embarked on his football career by joining Sporting CP’s youth academy. Upon joining, the player made quite an impression on the coaching staff due to his blistering pace and attacking instincts.

It did not take much time for him to rapidly progress through the ranks and he eventually established himself as one of their most exciting young stars. He is yet to cement a spot for himself in the first-team but he did come off the bench in their recent encounter against Feirense and helped his club seal a 2-0 victory.

Besides that, he has put in some excellent performances in the UEFA Youth League. With age, speed and skills on his side, he just keeps improving with every single display and as far as his international career is concerned, he currently plays for the Portugal U21 side. 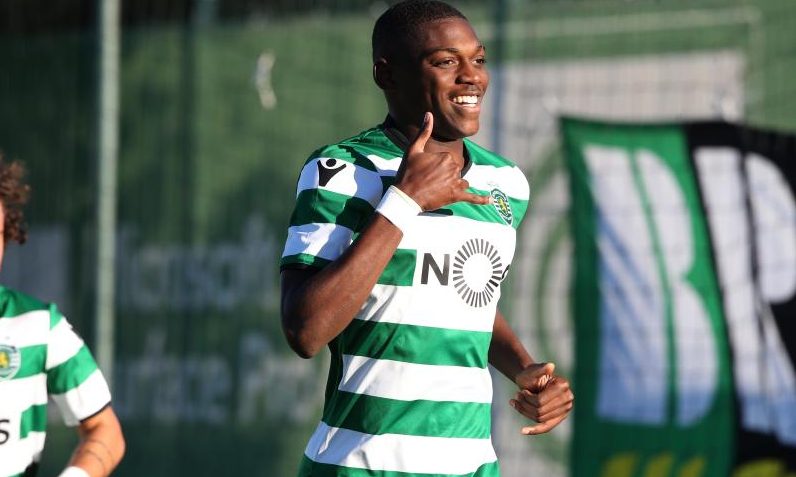 Although he is primarily a striker, Leao can play on either wing. He boasts of some blinding pace which often makes him a defender’s nightmare since he can weave through even the tiniest of spaces to score goals. Blessed with quick feet and a mature reading of the game, his finishing skills are top-notch and he can be particularly effective in the final third. Like any other attacker of his age, Leao is a bit weak when it comes to defensive contribution but that is something he can work on as he grows older.

City have been quite adept at developing and nurturing young talents ever since Guardiola took charge and the player is likely to enjoy life at the Etihad Stadium. There is absolutely no doubt that the chance to play for Manchester City will appeal to the 18-year-old and if the cash-rich club play their cards right, they could get their hands on the sublime talent in the upcoming summer window. Leao has a long way ahead of him in terms of his career but joining the Sky Blues would certainly set him on the right path.