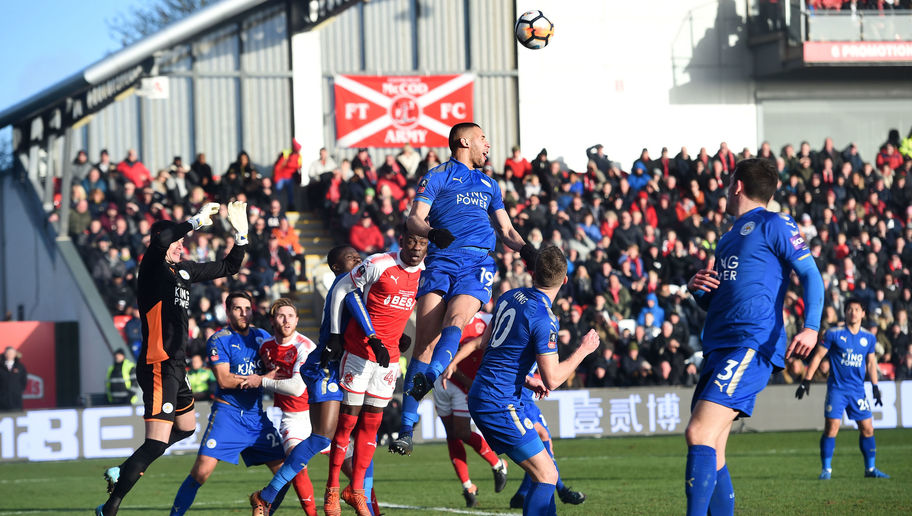 A much-changed Leicester City side was held to a 0-0 draw by Football League One side Fleetwood Town in the 3rd round of the FA Cup, at the Highbury stadium on Saturday.

The Foxes, without star striker Jamie Vardy, struggled to get going against the Englishman’s former club and hardly mustered up any attacking threat. It was the home team that tested the Premier League outfit on a few occasions but Leicester managed to survive the scare. Claude Puel’s men will have to replay the fixture at the King Power Stadium and hope to get the job done and progress further.

Here’s how the Leicester players fared against Fleetwood:

Given a scare by Aleksandar Dragovic’s back pass in the first half and managed to keep the ball out after a scramble late in the game.

Starting at right-back, the Ghanaian hardly got forward to help his team in the attack, while he wasn’t tested a whole lot defensively.

Enjoyed the physical battle against the Fleetwood forwards and was fairly solid. But he almost scored into his own net on two occasions.

A poor back pass put the goalkeeper under pressure. Other than that blip, he was steady at the back.

Having recovered from a bout of illness, the young left-back was handed a start and he began well getting forward to good effect in the first-half. However, he faded with time.

Was Leicester’s best player on the pitch. Calm and composed when in possession, trying to drive his team forward.

Captain of the side on the day, the long-serving midfielder tried to make things tick in the midfield but to little effect.

The 20-year old had a couple of bright moments in the attacking third, but hardly made a telling impact on the game.

Making his full debut for the club, the Portuguese midfielder struggled to make a noteworthy contribution and was hooked off before the hour-mark.

Showed his skills and posed a threat on occasions, but couldn’t do it on a consistent basis to help his side get a win.

Isolated at the top, he lacked service and as a result, he was highly ineffective.

On for Barnes in the 57th minute. The experienced wide man could not make a difference for the Foxes.

Replaced Silva in the 57th minute, but struggled to get going.

Late sub for Slimani as Leicester chased the winner. Had little time to make an impact.