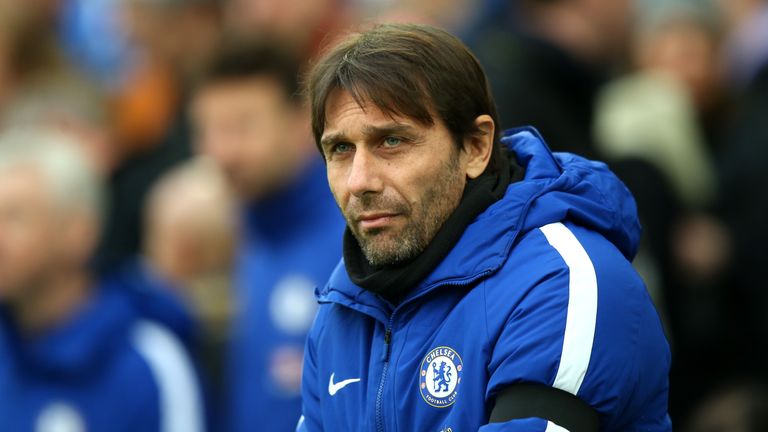 It has been a turbulent time at Stamford Bridge this season, in any other campaign 3rd placed Chelsea and 2nd Placed Manchester United would be going head to head for the title. But the Blues have failed to hit the heights of last season with boss Antonio Conte coming under considerable fire this term, leading to many rumours that former Barcelona boss Luis Enrique is set to replace the Italian Coach at Chelsea.

After a largely successful 2016/17 season winning the Premier League and shattering records the former Italian boss is currently on a collision course with the Chelsea board after stunningly revealing in a press conference: “I don’t really have control over transfers.”

It seems this season that the boss has become increasingly disillusioned with the higher powers at the Bridge with the phrase “the club” a recurring theme in his conferences, Conte was not overly excited with the signing of Ross Barkley for £15 million and it is believed that while he is getting his wish of another Wing-back in the form of Roma’s Emerson Palmieri the Italian would have preferred Want-away Juventus star and top target Alex Sandro at his disposal.

Yet Conte’s remarks of “not really having control over transfers” seem in actuality to be false, the system at Chelsea is the Manager outlines a list of targets which he then presents to stand in technical director Marina Granovskaia after long time Technical director Michael Emenalo left the club, the pair then discuss the transfers with the board and present it to owner Roman Abramovich who then green lights the deal; after all it is his money.

All throughout this window, we have seen a number of tall strikers linked to the West London club such as Edin Dzeko, Ashley Barnes and quite surprisingly Peter Crouch of all people, all targets in which boss Antonio Conte personally green-lighted himself! (Luis Enrique, pictured right could be Chelsea’s answer to Manchester City boss Pep Guardiola who has stormed away with the Premier League this season)

With Conte looking likely to exit in the Summer former Barcelona boss Luis Enrique is the man being touted to replace the seemingly outgoing Conte, the 47-year-old is currently out of work having been relieved of his duties at the end of 2017. Enrique is also keen to bring in ex-Chelsea and Barcelona player Juliano Belletti much to the delight of old-school Chelsea fans and players alike.

Enrique, however, would mark a continuation of problems for Chelsea and their highly rated Youth academy with the Spanish boss criticised while at Barcelona for not playing the youth players enough, and the famed La Masia academy has stalled in recent seasons. Gone are the days of producing technically gifted wonder kids such as Iniesta, instead Barcelona seem to farm out a lot of their youth players out on loan or selling very talented stars. A trend Chelsea fans are all too aware of.

Despite Barcelona not churning out the world-class stars like in Seasons past quite notably the former Spanish International did, in fact, give 16 first team debuts to the Barcelona academy including hot prospect Carles Alena, this will give Chelsea youth players a shred of hope of progressing into the first team. The Blue’s problem has never been about the quality of stars they are producing, but the progression of these players which could all be about to change under managerial front-runner Enrique.

Being in the hot seat at Stamford Bridge is always a tough job, and simply winning the Premier League does not necessarily mean permanence in West London. Antonio Conte regardless of what happens this season will live long in the memories in the hearts of Chelsea fans, his passion and antics on the touchline will be missed by the Stamford Bridge faithful. Yet it seems that the Italian’s days are almost over in the English Capital, and with each day passing it becomes increasingly likely that Enrique will be in the Blue half of London next season.