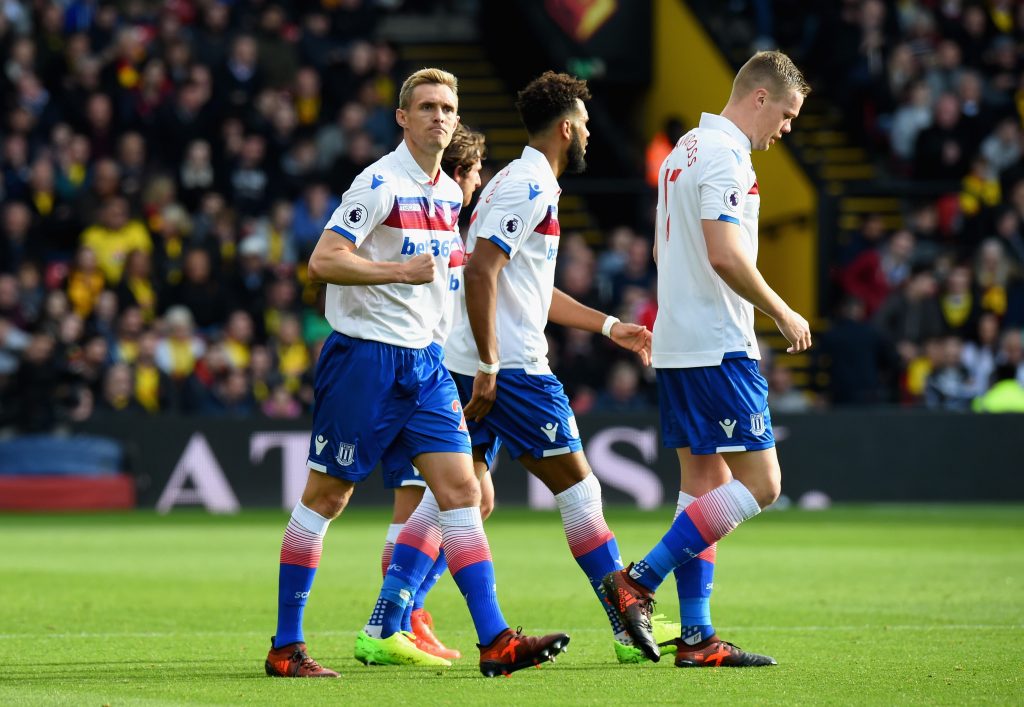 Stoke City travel to Dean Court on Saturday, looking to engage with Bournemouth in a colossal Premier League clash as both clubs will be hungry for 3 points. The Cherries will come into this game on a high after beating defending champions Chelsea 3-0 whereas Stoke recently succumbed to a goalless draw against Watford. A gap of 4 points separates the two clubs in the league table at present and it will be interesting to see if the Cherries extend their lead or if the Potters catch up to Bournemouth.

Stephen Ireland continues to be out with an injury but apart from him, the Potters do not have any fresh injury concerns. New signing Badou Ndiaye is expected to start against Bournemouth.

Butland is regarded as one of the Premier League’s brightest goalkeeping prospects and rightfully so. He boasts of excellent reflexes and is likely to essay his usual role in goal.

Bauer has been quite influential in the last couple of games and he is expected to start against the Cherries.

Shawcross brings in his experience and stability to weave some solid displays at the back and Stoke will need his services on Saturday.

Zouma works well with Shawcross and the duo will have to be at its best to stop a raging Bournemouth attack.

Pieters continues to be a strong force on the left-hand side for Stoke and Lambert is likely to deploy him in his usual role against Bournemouth.

Fletcher was quite nervy in the midfield against Watford but it is quite evident that he can do so much better and that is what Lambert will be hoping for against Bournemouth.

Allen’s displays are rusty on most occasions but he does provide a generous contribution to the attack and always brings about a creative edge to Stoke’s performance in the middle of the park.

He was introduced to the Stoke fans during the game against Watford and they will be eager to watch him in action. The player is highly likely to start on Saturday.

The player’s performances have improved considerably and he does work well in linking up play and creating opportunities in the final third.

He will be important in counter-attacking situations and his creativity can unlock a lot of doors for Stoke.

After an underwhelming display against Watford, Diouf will have to be at his best against Bournemouth and get his name on the scoresheet.