Whenever there is a game between Arsenal and Tottenham – rivalry, passion, bragging rights and a lot of other things come into the equation apart from the nuances required to play football.

Amidst all the memories associated with this fixture, the two league games last season reminded us of what this local rivalry means. Arsenal won at the Emirates in an emotionally-charged game that produced a very good quality of football.

And when the rivalry resumed at Wembley, a controversial yet mistake-ridden stalemate was played out, with tension between both sides tangible from the outside. 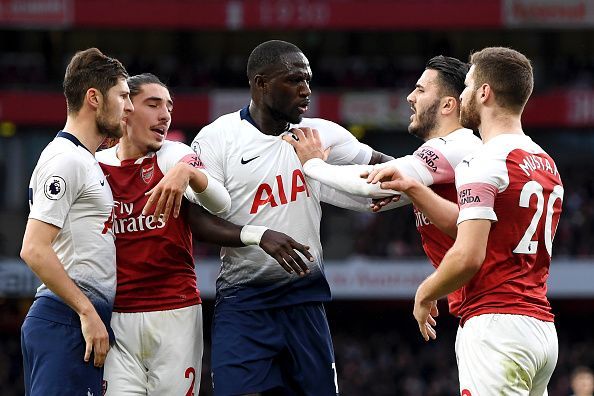 This Sunday, it all begins again for this season, with Tottenham visiting Arsenal at the Emirates stadium. Both teams come into this game after losing their previous fixture.

While Arsenal lost to Liverpool at Anfield despite performing well, Tottenham were shocked by Newcastle at home.

So, expect a blockbuster of a clash this Sunday.

In such games, there are always key battles to look forward to. And if those match-ups are won by a particular team, then the result would most probably switch in their favour.

Here are the three key battles that could decide the outcome of this game:

There is a cliche in football that if a particular wins the midfield battle, more often than not they go on to win the game or gain a positive result.

Nothing is different in the North London Derby either. Arsenal went with a midfield four of Granit Xhaka, Joe Willock, Matteo Guendouzi and Dani Ceballos against Liverpool.

Unai Emery brought Lucas Torreira on and the Uruguayan looked ready to feature from the start.

So we can expect him to start on Sunday. Furthermore, with this game being at the Emirates, the manager may field a midfield pivot of Xhaka and Torreira, with Ceballos the free man operating as a number 10.

On the other hand, Spurs are likely to feature with a midfield trio of Moussa Sissoko, Harry Winks and Tanguy Ndombele.

While the away side seem to have more power in their midfield, the home side have more tenacity, craft and willingness to press high. Thus, an intriguing battle in the middle of the park is on the cards this Sunday.

2) Kane and Son vs Arsenal centre-backs

Barring last week, Harry Kane and Heung-min Son usually do well when they start as a pair up front or when the latter starts on the left-wing with the former leading the line.

The hold-up play, ruthlessness in the box and the link-up by Kane is well-matched by the pace and the direct running of Son. So if Tottenham are to penetrate the Arsenal defence on a regular basis, the pair needs to be at its best.

On the other hand, the Gunners centre-backs Sokratis and David Luiz are good in defending their box but they don’t like pacy forwards running at them.

Thus, the pair needs to find a way to stop Kane from getting into good positions and also keep a close eye on the runs made by Son in the box.

3) Aubameyang, Lacazette and Pepe against the Tottenham defence

There have been talks of the Arsenal front three of Aubameyang, Lacazette and Pepe possibly being one of the best in Europe.

While that claim is validated to an extent looking at their individual records, it needs to be chuffed upon when they play together. They are expected to do that for the first time this Sunday. 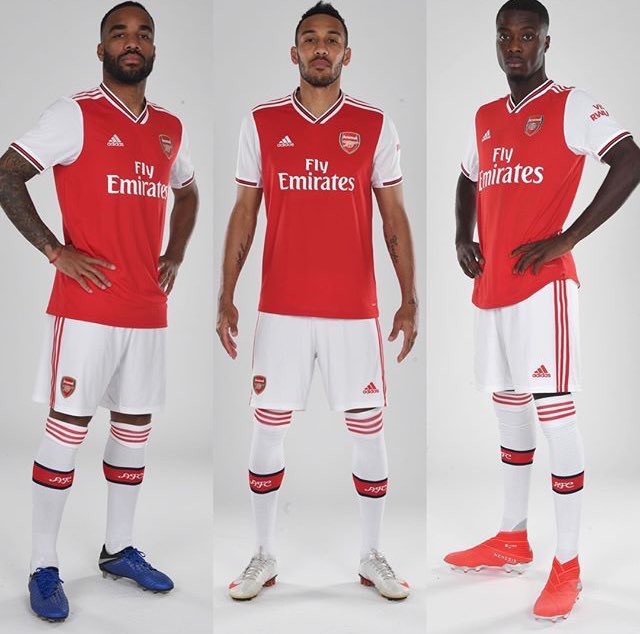 The pace of Aubameyang and Pepe is frightening, and that combined with the work rate and the ruthless finishing of Lacazette makes them a lethal unit. If they gel well from the get-go, then Tottenham defenders may have a hard time stopping them.

Spurs, on the other hand, have looked vulnerable at the back and they were lucky to concede only two against Manchester City.

A week later, the two centre-backs, Davinson Sanchez and Toby Alderweireld left a huge gap for Joelinton to run in between and score for Newcastle United to set the alarm bells ringing.

Fullbacks Kyle Walker-Peters and Danny Rose have done well, but they are also prone to committing forward and leaving the back door open.

With Arsenal being at home and expected to be on the front foot, the battle between their attackers and Spurs defenders could well decide the outcome of the game.