Liverpool’s social media timelines were filled with memes about the Reds making a move for Dutch defender Virgil van Dijk after his extraordinary performance in the clash against Southampton at the St Marys at the weekend. The game ended in a draw with Van Dijk named the man of the match for his solidity at the back and so it does not come as a surprise that Liverpool wants to add him to their squad in years to come.

With the likes of Adam Lallana, Dejan Lovren, Nathaniel Clyne and Sadio Mane already in the first team, Liverpool have regularly raided the St Mary’s outfit for quality stars and Van Dijk is not the only player Klopp wants from the Saints in January. According to recent reports, Liverpool are plotting a £40m double swoop for Van Dijk and young left-back Sam McQueen.

Here is why this swoop might take Liverpool that step further:

The Dutch defender still has more than 4 years left on his contract with the club and has been one of the most consistent players at the back for Southampton. His recent performances this year, has made him one of the best defenders in the League and he is slowly attracting interests from top clubs including Manchester United. But Klopp, who is set to let Mamadou Sakho leave in January, is desperate for some defensive additions and will not have better options than Van Dijk to take that place.

21-year old left-back Sam McQueen is one of the most exciting youngsters from the academy at the South Coast as well and is also highly wanted around England. He has already made more than a couple of appearances for his side, covering for injuries and has been more than just impressive. 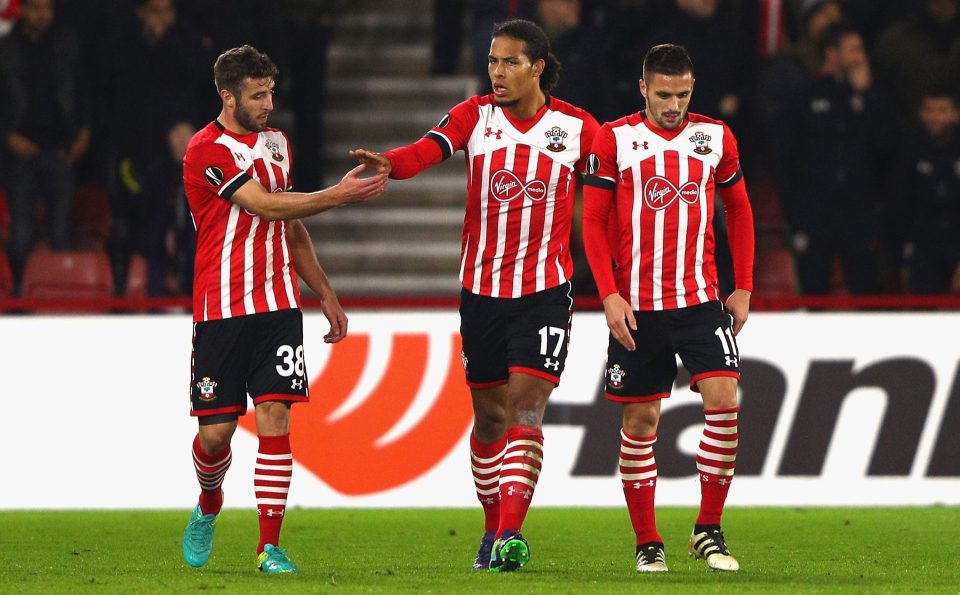 He will be available for free at the end of the season if he does not accept a new contract at the St Mary’s and Klopp wants to solve his left-back problem by adding him to the squad. James Milner, the versatile midfielder, is currently playing as a make-shift left-back but has been one of the most impressive players for the club this season. But Klopp wants to add a genuine left-back to his squad, especially with Alberto Moreno not in the picture and Sam McQueen might be a superb option for the Reds.

Liverpool have more than a few problems at the back, having conceded the most goals in the top-5 teams in the Premier League at the moment. Though Joel Matip and Dejan Lovren have been solid, Klopp will know that he will have to add more quality and it would be a mistake if Liverpool let Van Dijk go in the next few transfer windows.

At his age, the Dutch defenders is one of the best in Europe in current form and can easily erase most problems that the side is facing at the back for some time now. McQueen is also a smart player who is learning the game quickly. Klopp believes that he will be a good addition to the squad at Anfield and wants to provide cover for the left-back department if needed in January.

Both players have enough experience in the English league and it’ll take no time for them to adjust to Anfield and if Liverpool can get their hands on the duo, it will be one of their best transfer businesses for a long time. At £40m, Liverpool might get themselves their first choice center-back and also an option at left-back in the long term and though it is a move that has many hindrances, it is a move that can help Liverpool take the extra step.

Do you think this £40m raid on Southampton can help Liverpool to the title this season?