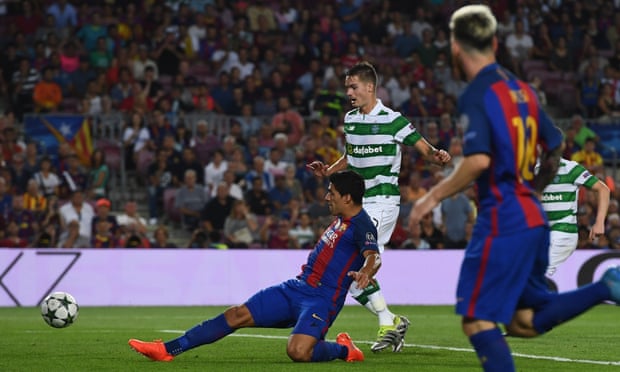 In their last nine games against Celtic, Barcelona has won seven. This resounding run includes a 7-0 bashing with which the Catalans opened their Champions League campaign this season. The Celtic Park would be bustling with energy when these two sides lock horns tonight. While Celtic, is desperate to salvage 3 points from their last 2 games to qualify for Europa League.

Leigh Griffiths is a doubt for the fixture as the Celts striker suffered a hamstring injury and was yet to make the cut according to latest fitness tests. Kieran Tierney suffered an ankle injury quite a while ago but is yet to recover.

Dedryck Boyata kept a clean sheet at the weekend with an impressive performance and should start at right back against the Catalans.

Messi didn’t feature on the weekend but is back in the squad after overcoming a sickness. Suarez is making a return to the squad as well after remaining out of the XI due to a suspension. Jordi Alba might also make the cut after recovering from a hamstring scare. Even though the atmosphere at the Celtic Park would be terrific and The Celts would be eager to grab a result that goes their way, Barcelona would be too good for them. There’s no match for the firepower of MSN and there should be plenty of goals in this one to prove the gulf in class.