Watford got their season off to an excellent start by beating Brighton and Hove Albion 2-0 at Vicarage Road. Javi Gracia’s men looked confident at the back and fluid going forward. Watford made a number of signings to strengthen their squad over the summer and a couple of their new signings made their debuts against the Seagulls.

The Hornets must now prepare for their next clash against a well-drilled Burnley side at Turf Moor on Sunday. Watford will have an advantage with a full week’s rest since a number of the Clarets’ stars played their Europa League playoff game against Istanbul Basaksehir.

One man that has particularly shone so far is left-winger Roberto Pereyra. The Argentinian scored two sublime goals to down Chris Hughton’s men last weekend. Pereyra has now been involved in 6 of the last goals Watford have scored in the Premier League. 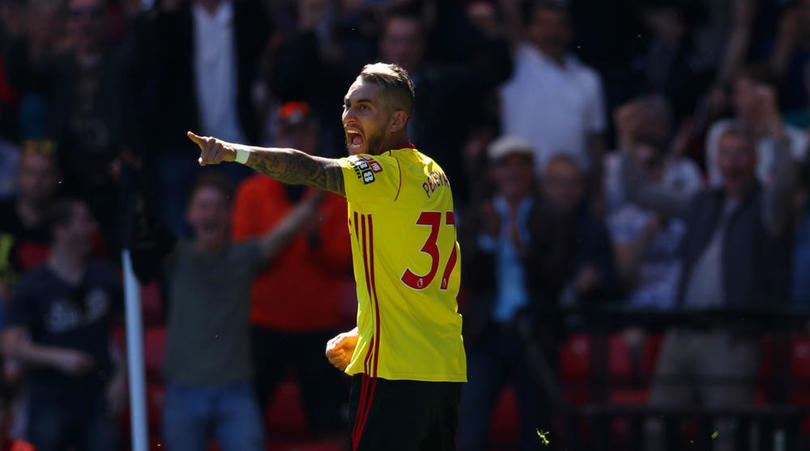 The departure of Richarlison to Everton was a huge loss for the Hornets, but it seems to have been a blessing in disguise for the 27-year-old winger. Pereyra was often deployed as a central attacking midfielder last season which is not his favoured position. But Richarlison’s departure has ensured that the Brazilian would continue there for the rest of the season.

Pereyra often makes marauding runs and takes on defenders on the wing. The Argentinian is well-known for making the cut in and picking his teammates out in the middle. Playing through the centre, the attacker was often restricted from dribbling the ball.

But playing on the left-flank, Pereyra possesses the drive and the bite to flourish in the final third, and that’s exactly what he has done. He created 1 big chance and took 4 shots at goal in the first game of the season which is the highest of any winger so far in the Premier League. 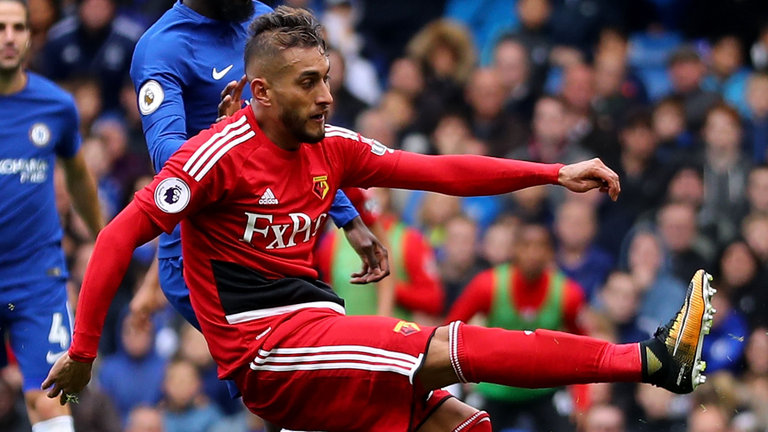 Pereyra possesses the cutting-edge in the final third and is more of a goal-scorer than a creator. But make no mistake, the versatile attacker is also an accurate passer of the ball. He is capable of whipping in pinpoint crosses for the likes of Andre Gray and Troy Deeney. With Gerard Deulofeu in the mix, Pereyra and the former Barcelona man can devastate teams on the counter with their pace.

The Argentinian could go on and hit new heights in his newly-found role at the club. Javi Gracia needed someone to step up in the absence of Richarlison and fill his boots. To that end, Pereyra will be the perfect man to do so. Not only is he from South America, but the winger also possesses all the abilities and traits required to flourish in Gracia’s system.