Toby Alderweireld is all but set to leave Tottenham Hotspur. The Belgian defender is among the best central defenders in Europe and has had a fall out with the club’s management.

Chairman Daniel Levy’s policy of not offering high wages to players is clearly against Alderwerield’s demands. Alderweireld managed just 14 appearances in the Premier League this season.

Spurs must now look for life after Alderweireld, with Jan Vertonghen finding a new partner at centre-back in the form of Davinson Sanchez. The duo has been solid but has had its off days. When Tottenham play with a back-three, Eric Dier gets added into the mix. Apart from that, the only other centre-back they have is the 20-year old Juan Foyth. Spurs need defensive reinforcements.

Alfie Mawson is an odds-on favourite to leave the Liberty and Tottenham Hotspur are 5/4 to land the English prospect. Mawson is also linked with a number of other Premier League clubs including Arsenal and Everton. Any move would be good for Mawson but a move to White Hart Lane would be ideal.

Mauricio Pochettino loves developing youth. He has transformed the likes of Harry Kane, Dele Alli into world beaters and young guns like Kyle Walker-Peters and Harry Winks are in the queue. Spurs also have an English core with players like Kieran Trippier, Danny Rose, Eric Dier and the above mentioned Kane, Alli, Walker-Peters and Winks.

The squad also has a good blend of youth and experience. Adding another young Englishman would do nothing but good for Tottenham and Mawson himself.

Mawson has risen through the ranks, from playing in League Two to establishing himself as one of the best young centre-backs in England. He played a major part in Barnsley’s promotion to the Championship.

That summer, he signed for Swansea City and hasn’t looked back since. He made 27 league appearances in the 2016/17 season and was integral to the Swans staying up in the first division.

Mawson was ever-present in the Swansea defence last season be it in a back-two or back-three. Partnered by one or two of Federico Fernandez, Mike van der Hoorn and Kyle Naughton, Mawson was the shining light in a dull 2017/18 season.

This resulted in him earning a well-deserved call-up to the English national team in the friendlies against the Netherlands and Italy. A knee-injury has left him void of any chance of going to the World Cup. 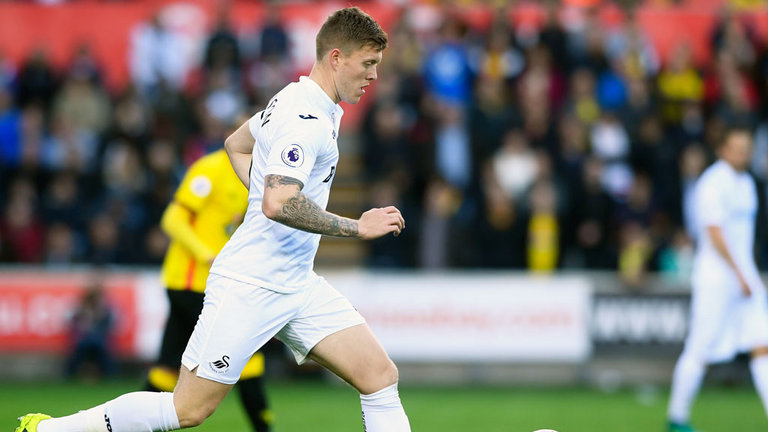 His height is useful at both ends. He is a set-piece threat and scored 3 goals this past season, including a winner against Liverpool. He has also made 126 headed clearances in the league this season.

He is a calm defender with the awareness of what’s happening around him. He more often makes up for others’ mistakes. He is composed on the ball too. He has the vision, ability and technique to play out from the back, be it short or long passes.

His passing accuracy is 81% and will surely improve with a better team around him. He also has the characteristics of old-school defenders. Mawson made 32 blocks in the Premier League this season and he also makes a whopping 5.8 clearances per game. 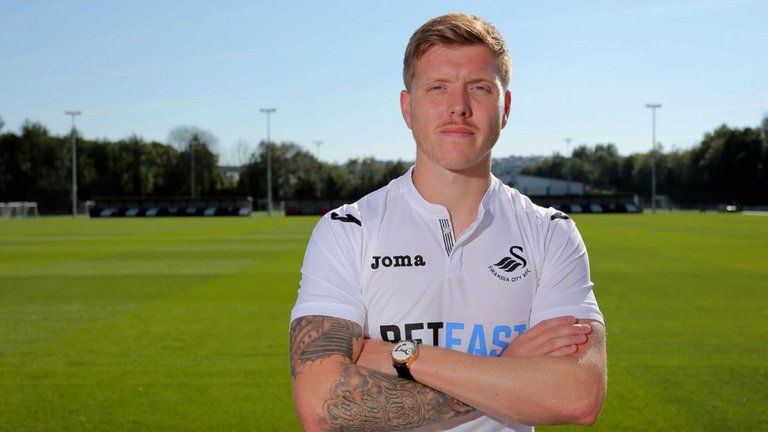 Despite this, Mawson is far from being a finished article. He had some horror shows against Manchester City, Brighton and Burnley but he has bounced back well. There is a lot of room for improvement.

Pochettino can be the manager to guide him to the very top. Although he won’t be the first choice at Tottenham like he would be at some other clubs, he will be used a lot and would provide competition for the young Sanchez and fill-in for the 31-year-old Vertonghen.