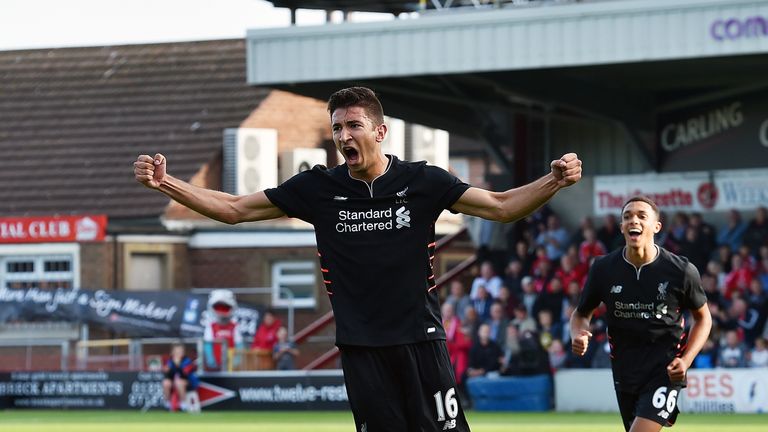 Liverpool have arguably the best midfield in the EPL, and their fine run in front of goal is partly down to the dominance the trio of Lallana, Henderson and Can exert in the middle of the park.

With the battle won in midfield, the attacking triumvirate of Mane, Firmino and Coutinho always have much easier jobs on their hands, and it is near impossible to see Klopp tamper with his selection in the area of the park.

Considering that, there is very little playing time afforded to the fringe players. And that includes Serbian international youngster Marko Grujic. The 20-year-old arrived over the summer from Red Star Belgrade and has had just 28 minutes of EPL football under his belt this term.

A loan away from Anfield come January will make perfect sense for Grujic, and here are 3 reasons why.

Grujic’s best position in the Liverpool lineup is the one currently occupied by the club’s skipper, and it doesn’t look like one that would be vacant for some few seasons to come. The brilliance of Henderson means Grujic won’t be getting any EPL start in a long while, and while the Serbian remains a great option off the bench, he isn’t able to provide a lot of competition for the England international.

Grujic has the quality, and to some extent, some little experience having appeared in 29 Serbian SuperLiga fixtures last season and also playing a key part in Red Star Belgrade’s title-winning campaign which saw them set a new record for the number of consecutive victories (19) in the first half of the season without a defeat.

However, he is still quite not the finished product, and no matter how better he gets this season, a starting shirt remains well out of reach.

Not even an injury to the captain would afford him that opportunity, with Can and Wijnaldum also able to play as a number 6.

Grujic won’t be getting a first-team squad looking in anytime soon as he isn’t even playing the 2nd fiddle or understudy directly to Henderson, hence Liverpool would do well to loan him out in January.